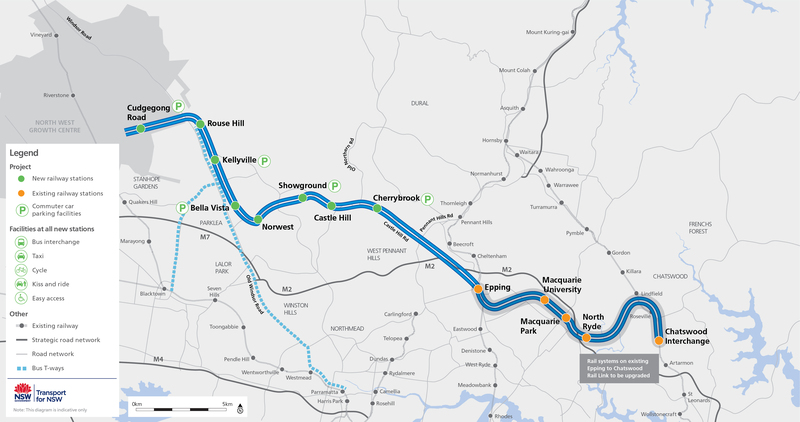 NFM Technologies has received an order worth almost €40M, to supply four 6.99m-diameter, hard rock TBMs, for use on the North West Rail Link project – the first stage of Sydney’s new rapid transit network. The contract was awarded by the JV comprising Thiess, John Holland and Dragados, acting on behalf of Transport for NSW, the Government of New South Wales’ transport authority.

The 15 km twin tunnels will be the longest rail tunnels ever built in Australia. The machines will bore at an average of 27m below ground surface in rock that is mainly formed of extremely abrasive sandstone. The deepest point of the tunnels is 63m.

Boring machines 1 and 2 will work on the 9km section between the new Bella Vista and Cherrybrook stations. The remaining 5km from Cherrybrook to Epping will be bored by machines 3 and 4.

The first machine will be delivered before the end of 2014, with the remainder to follow soon after.