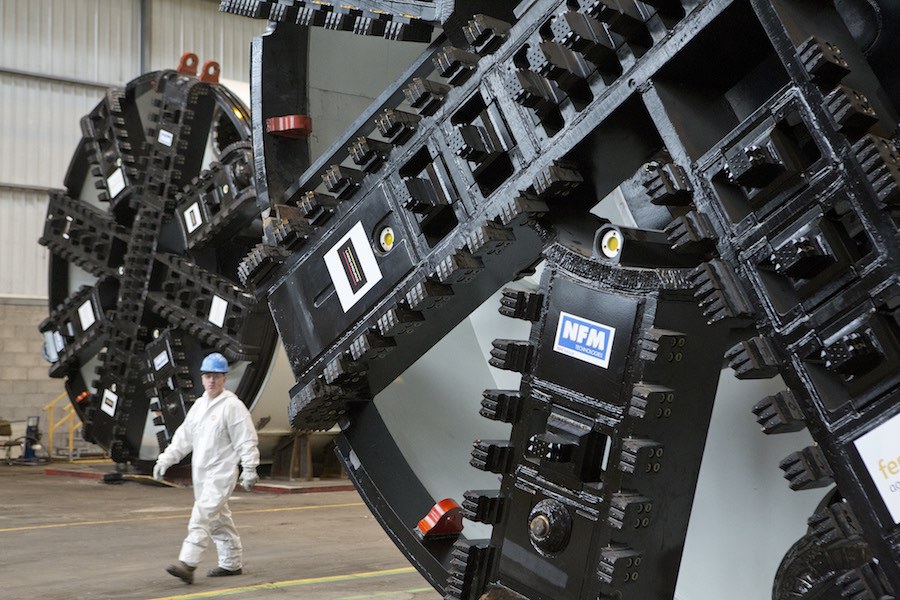 The manufacturing of two 6.04m diameter NFM Technologies TBMs that will be used by Ferrovial Laing O’Rourke Joint Venture (FLo JV) to carry out the tunnelling works for Transport for London’s (TfL) Northern Line Extension are complete and about to undergo factory testing.

The 100m long machines were built in central France and will undergo factory testing before being dismantled and shipped to Battersea where they will be re-assembled.

The project will involve the construction of some 3.3km of 5.2m i.d. twin tunnel and two large scale stations, one at Battersea and one at Nine Elms, under a design-build contract. TBM tunnelling is expected to start in early 2017 with the line scheduled to be operational in 2020.

Transport for London says the machines, which will be named by local school children, will run 24 hours a day, seven days a week and will stop only for scheduled maintenance.

As the TBMs advance, nearly 20,000 pre-cast concrete segmental rings will be built behind them. Spoil from the tunnelling work will be loaded on to barges and taken to Goshems Farm in East Tilbury where it’ll be used to raise former landfill sites to create arable farmland. 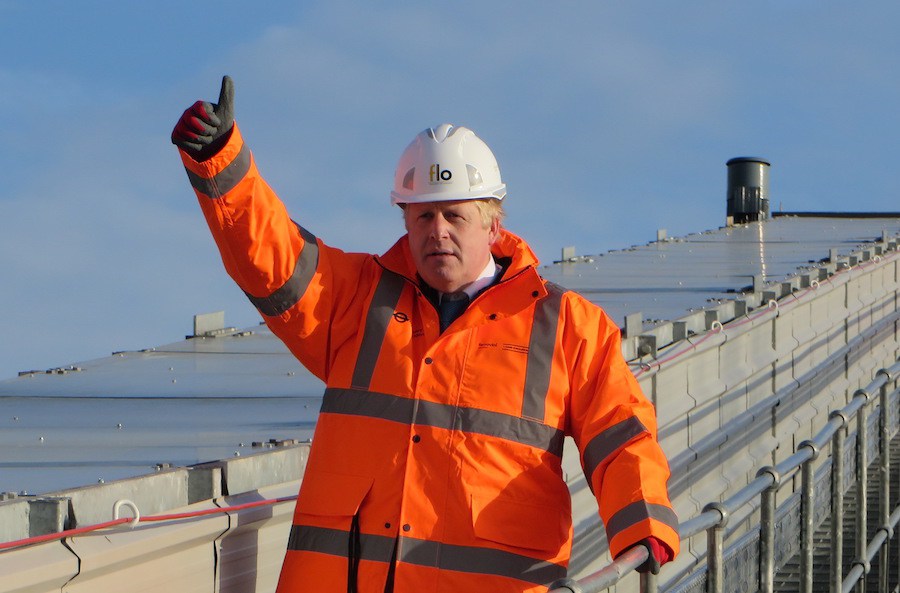 Mayor of London, Boris Johnson, said: “The construction of these mammoth machines is the clearest indicator yet that we are about to deliver the first major extension of the Tube in nearly 30 years. By extending the Northern Line we are improving access to the Tube for thousands of south Londoners as well as triggering the creation of vital new homes and jobs.”

Nick Brown, Managing Director of London Underground, added: “The TBMs will make their way to London later this year and in early 2017 will start powering their way under south London to create the first major Tube extension since the Jubilee line in the late 1990s. Their manufacture is a significant step forward in the project which, once complete, will help us to support jobs, homes and growth in this area and keep pace with London’s rapidly rising population.”