Transport for NSW (New South Wales) will soon seek expressions of interest for a potential Development Partner to assist with procurement and delivery for Sydney’s 6.5km long Western Harbour Tunnel project. The alignment stretches from the Warringah Freeway at Cammeray, across Sydney Harbour, to the WestConnex interchange at Rozelle.

A Transport for NSW spokesperson said the approach will be led by Government and kick off in coming days. 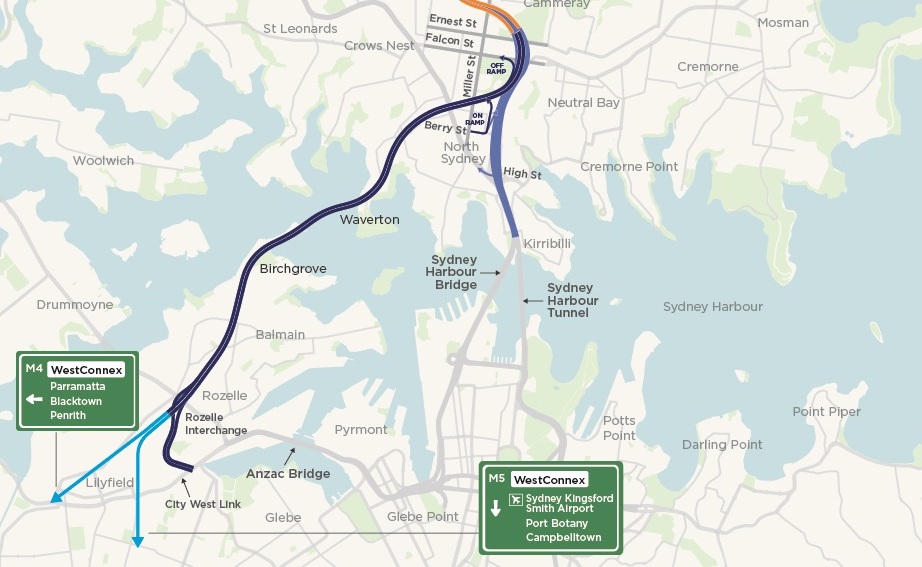 “The process is focused on achieving the best outcomes for NSW, similar to other complex road infrastructure projects such as the Woolgoolga to Ballina Pacific Highway Upgrade,” the spokesperson said.

“We’ll be seeking expressions of interest from industry to leverage private sector expertise such as innovative ideas and approaches to procurement and delivery.

“By creating a western bypass of Sydney CBD, the Western Harbour Tunnel is a nationally significant project to transform the way motorists move around our city.”

The spokesperson said after engagement with industry the NSW Government decided on a State-led procurement and delivery process.

“We’ve been working closely with local communities on this vital program, which will support around 7,500 full-time equivalent jobs and deliver faster and more reliable journeys under Sydney’s famous harbour,” the spokesperson said.

“It’s also important we keep stakeholders and industry informed on what will become a major social and economic driver that helps to re-boot the State’s economy.

“The potential involvement of a development partner will focus on procurement and delivery structures and not the financing of the project. Project costs will only be finalised when construction contracts have been awarded.”

Separately, Transport for NSW is seeking expressions of interest for the Warringah Freeway Upgrade, one of Sydney’s busiest roads.