Canada’s Ontario government is advancing a major works contract for the three-stop Scarborough Subway Extension, one of Ontario’s four priority subway projects in the Greater Toronto Area (GTA). This is part of the government’s plan to build Ontario by getting shovels in the ground on key infrastructure projects.

The Province has issued the Request for Proposals (RFP) for the Stations, Rail and Systems contract, inviting three qualified teams to submit detailed plans for how they will design and build stations and emergency exit buildings, fit the tunnel with track and signals, and install and commission the systems required for operations. Three teams shortlisted are:

“Our government has a clear vision to build Ontario through critical transportation projects. Since announcing Ontario’s historic subway investment for the GTA, we have worked diligently to bring on board the most qualified and experienced teams to help us move forward on these vital projects,” said the Honourable Caroline Mulroney, Minister of Transportation. “As we continue to advance the three-stop Scarborough Subway Extension at an unprecedented pace, we are one step closer to finally delivering rapid transit to support the families, businesses and communities of Scarborough.”

The approximate 7.8km Scarborough Subway Extension is being delivered in two large contracts. In May 2021, Strabag was awarded the advance tunnel contract to assemble the TBM, which will begin tunnelling this spring.

“Partnerships are key to delivering major projects like the Scarborough Subway Extension,” said the Honourable Dominic LeBlanc, Minister of Intergovernmental Affairs, Infrastructure and Communities. “Our Government will continue to work collaboratively with the Government of Ontario to get transit built in the GTA and across the province.”

“This is another step forward in getting the Scarborough Subway Extension built. I’m proud that the City of Toronto is working with the Province of Ontario and the Government of Canada to get transit built,” said John Tory, Mayor of Toronto. “This project will benefit Scarborough and our entire city. Thank you to the provincial government for moving ahead with this extension as quickly as possible.” 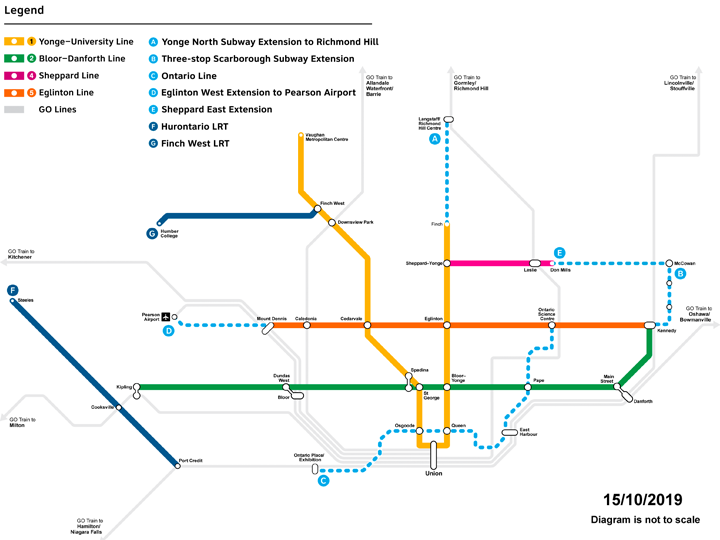