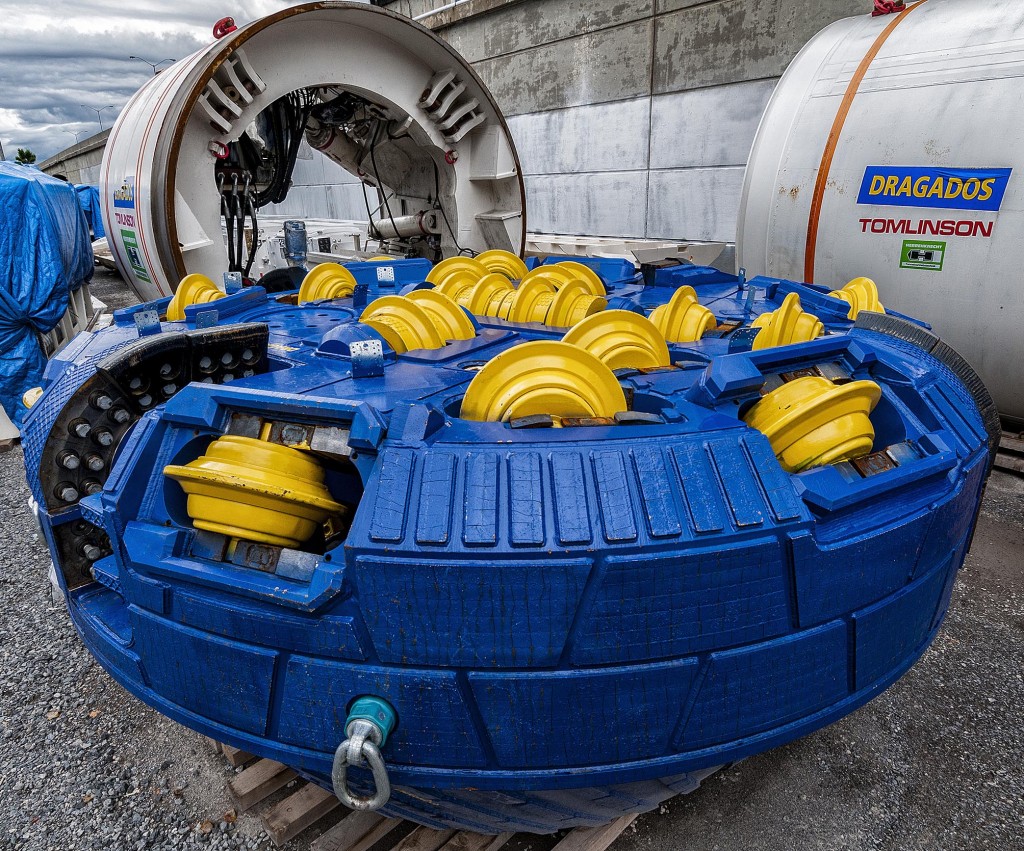 A joint venture of Dragados and Tomlinson is currently gearing up for TBM launch on the City of Ottawa’s CA$232.3M Combined Sewage Storage Tunnel (CSST), with below-ground machine assembly about to commence on the project.

The tunnels will be excavated by a 3.7m (12ft) diameter Herrenknecht double-shield TBM that will initially be launched from a shaft at the far south of the NST alignment. The machine is scheduled to commence its drive north in mid-December through the region’s limestone and shale bedrock at depths of 10m to 31m (33ft to 100ft). 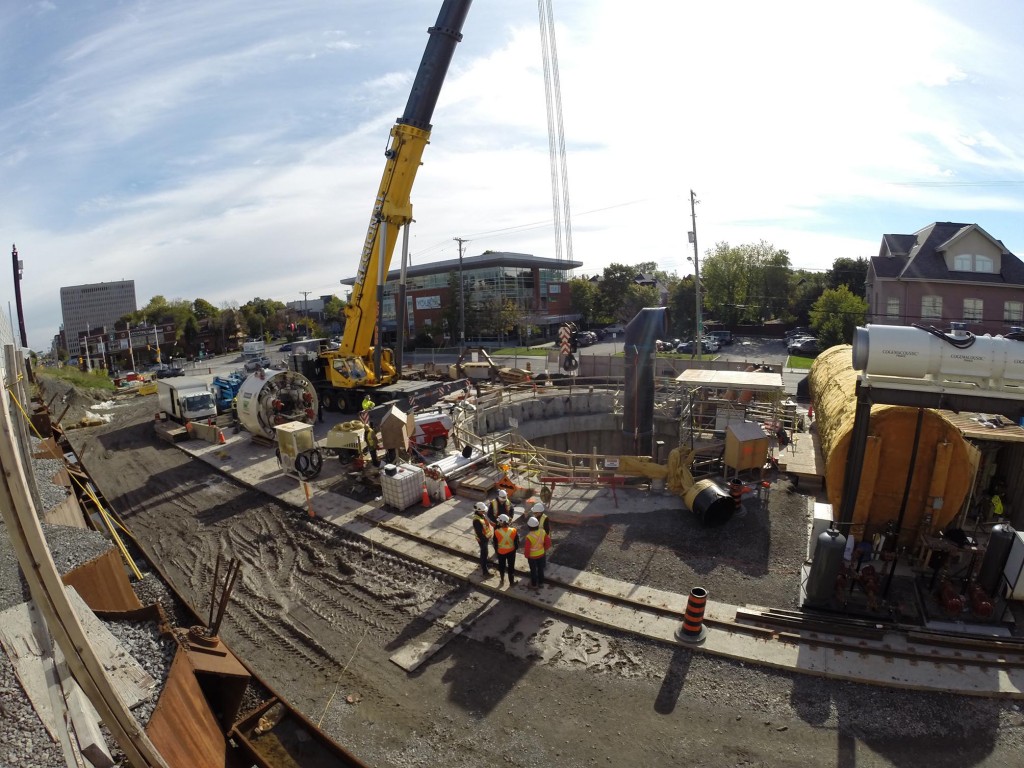 As the TBM progresses it will install a 3m i.d. steel fiber reinforced precast concrete liner, consisting of five segments plus key, which is being produced locally by Power Precast Solutions (formerly Armtec).

Tunneling on the NST is expected to be complete by March 2018, when the machine will be disassembled and relocated to the EST tunnel for a late summer re-launch.

“In terms of geological challenges, we have a couple of areas of low rock cover, also some fault lines,” Colin Goodwin, ‎CSST Deputy Contract Administrator (Stantec), told NATJ. “There are also some portions of the project where the bedrock is overlain by a sensitive marine clay that is susceptible to consolidation if there is any groundwater drawdown.”

The presence of this clay has led many decisions on the project, and with this in mind 75% of the project’s shafts have been designed as sealed, and will be built using secant pile construction combined with pre-excavation grouting down to the bedrock, followed by rock reinforcement and shotcrete support in the rock excavation portions. 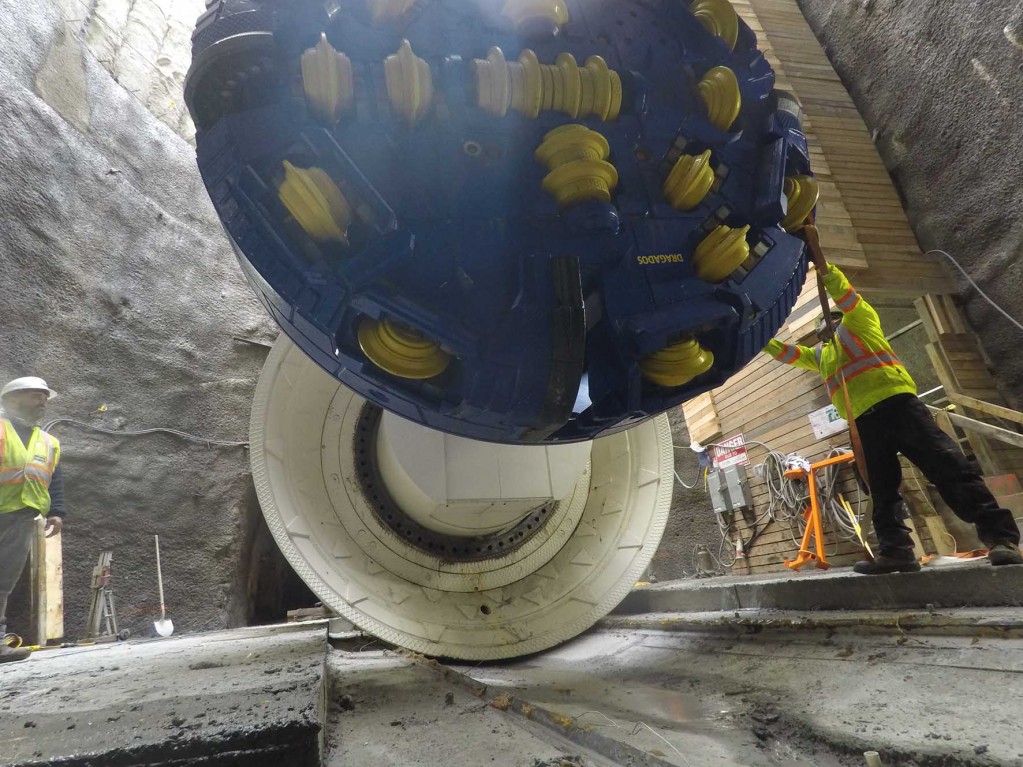 The CSST is one of the most important projects of the Ottawa River Action Plan (ORAP). “The project will greatly reduce the frequency of sewage overflows during storms from entering the Ottawa River, reduce basement flooding potential in certain areas of the city, and provide operational flexibility and redundancy to the critical sewer backbone through the downtown core,” said Steve Courtland, CSST Program Manager for the City of Ottawa.

While the completed tunnels will remain mostly clean and dry, they will potentially store up to 43,000m3 of combined sewer overflow during major rainfalls, which can then be treated and returned safely to the Ottawa River once rainfall has subsided.