This year’s Cutting Edge Conference is fast approaching and with $200 billion in public transportation ballot initiatives at stake during the November 8th election, it’s the perfect venue to meet the next generation of West Coast project owners.

Don’t miss out, join tunneling industry leaders and West Coast underground construction owners at one of the hottest events on this year’s calendar!

In addition to transportation, numerous major water and wastewater tunnel projects are also planned for the West Coast. The following owners feature on the Cutting Edge conference program and have a significant number of registered delegates attending the event:

Organized in partnership by North American Tunneling Journal and the UCA of SME, the 2016 Cutting Edge conference features a high-end program of subject-specific presentations that focus on innovation and practical experience and extended in-depth industry discussion sessions – which have become a trademark of this conference. 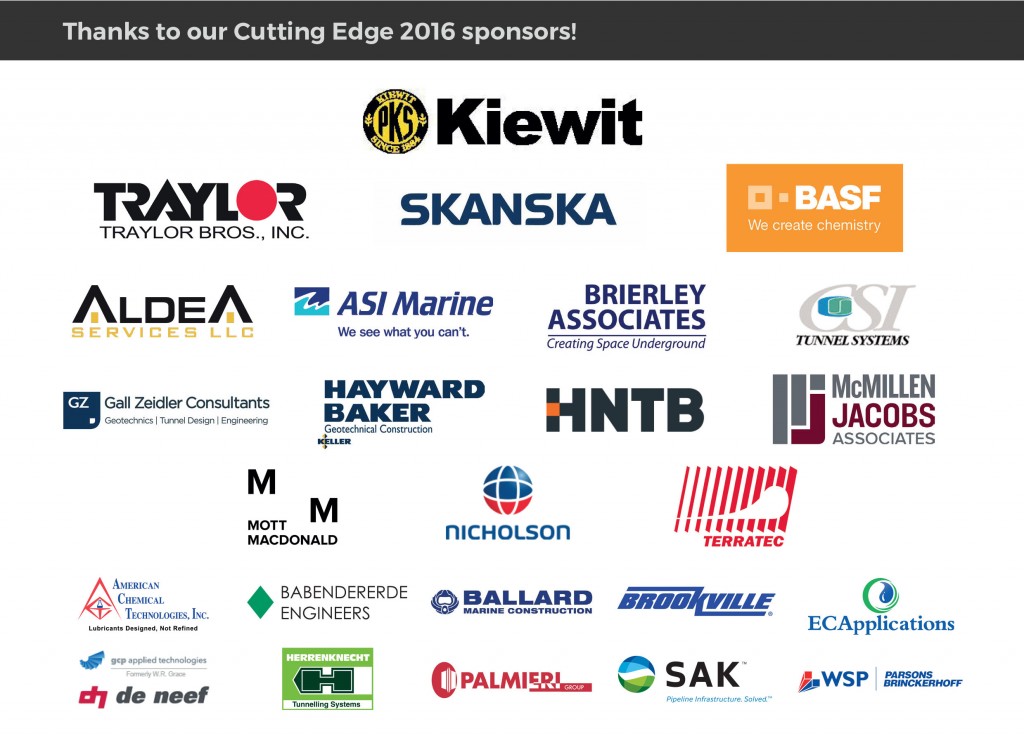