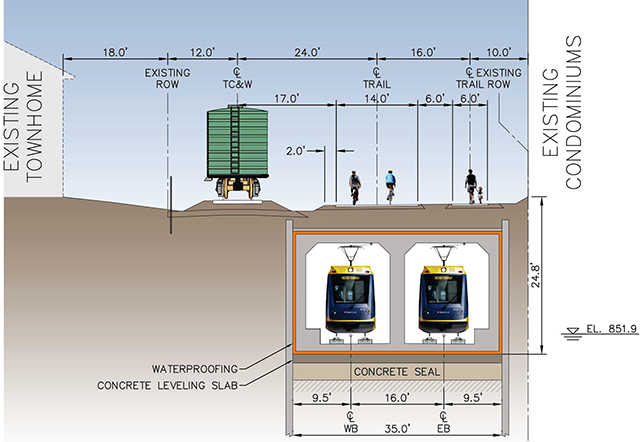 In the US, the Minneapolis Park and Recreation Board is about to raise the stakes in its ongoing dispute with the Metropolitan Council over Southwest Light Rail Transit. On Wednesday, the board is expected to approve the hiring of engineering firm Brierley Associates to look into the cost and feasibility of building a shallow tunnel under the small channel that connects Cedar Lake with Lake of the Isles.

If a resolution is approved, Brierley Associates would be paid $245,000 to study whether the tunnel would be less disruptive to the channel than the currently approved route, which includes a plans to build a new bridge over the channel. The results could then be used by the board to force the Metropolitan Council, charged with overseeing the construction of Southwest LRT, to make changes to the approved alignment for extending light rail service from Target Field Station to Eden Prairie.

The park board has already been told by its lawyers that it has special standing under the federal rules that prohibit federally funded transportation projects from disrupting parklands or historic sites. (The land where the proposed light rail tracks pass over the channel is both parkland and historic, since it’s part of the Grand Rounds National Scenic Byway.)

According to the federal rules, if a proposed route is the only “feasible and prudent” alternative, a transportation project can proceed. Even then, though, mitigation is required to lessen any adverse impacts to the parkland or historic site. A route that impacts parks could also be allowed if those impacts are minimal — “de minimus” under federal rules.

An environmental impact statement conducted by Met Council staff acknowledged that there were were impacts on the channel with the bridge that could fall under the federal rule — known as Section 4(f) — but made the case that they were “de minimus.”

The park board disagrees. In a resolution to be considered Wednesday, the board notes that the legal advice it received in October asserts that the Met Council “failed to properly consider” whether a tunnel under the channel is a feasible and prudent option to a bridge.

The resolution also says the bridge option will have more than minimal impact on the park — and the board has been advised by legal counsel to withhold its concurrence to the alignment, something required under federal rules.

The results of the engineering work could be used to either try to legally force the Met Council to pursue a tunnel option — or to make the case to the federal Department of Transportation to reject the proposed alignment altogether. 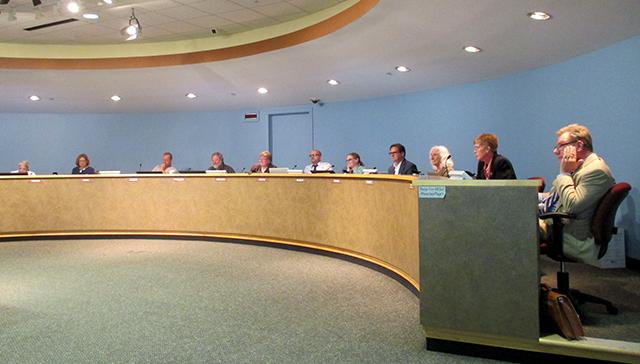 Park board has expressed concerns that the bridge proposal would not only increase rail traffic over the channel, but that it would also be more visually disruptive than the current timber bridge. “The Park Board believes that it is simply incompatible with the pastoral and rustic setting that provides a haven for Minneapolitans and others,” who use the channel and the Kenilworth Cooridor, Park Board President Liz Wielinski wrote in a letter to the editor of the Star Tribune.

If built, a tunnel beneath the channel would be an extension of a tunnel that is already part of the current plans for the Southwest LRT alignment. That alignment calls for a tunnel in the narrowest segment of the corridor, where there is not enough space for new light rail tracks as well as existing freight rail tracks and the popular running and bicycle path. The new tunnel would run between Cedar Lake Parkway and West Lake Street.

However, additional tunnelling could add significant expenses to the current $1.6 billion estimated cost of extending the Green Line. Park Board staff has said they think it would cost between $30 million and $60 million, though is expecting a more precise estimate from Brierley Associates.

The Met Council’s estimate is much higher. Laura Baenen, spokeswoman for the Met Council’s SWLRT office, said staff engineers estimate that it would add $75 million to project costs, in addition to adding a year to the construction calendar. Baenen also noted that the Met Council has already done 800 hours of work studying the tunnel option.

Because the bulk of any tunnel would have to be built below the water table under the channel, significant anchoring would be required, Baenen wrote in an email “to avoid the buoyancy tendency of the tunnels to float to the surface.”

Met Council chair Susan Haig has said the council staff will work with the park district to reduce impacts of the new bridge and will resolve any new Section 4(f) impacts that are identified in a supplemental environmental impact statement due to be released early next year.