The proposed project would be located approximately one mile upstream of the existing Slab Creek Dam, on the south bank of the Slab Creek Reservoir. The 13,335-acre-foot capacity Slab Creek Reservoir is a component of the Upper American River Hydroelectric Project (UARP), located on the South Fork American River (SFAR). From here, water would be pumped up to a new 6,400 acre‐foot capacity upper reservoir, atop Iowa Hill, where the water would be stored.

During peak electrical demand periods, water would flow from the upper reservoir to the lower reservoir via a 1,000ft (305m) deep shaft through 3,500ft (1,067m) of water tunnels. The project will also include a cavern to enclose the 400MW powerhouse and pumping facility within Iowa Hill, and the construction of an underwater intake/outlet structure in the Slab Creek Reservoir. The electricity generated would connect to the existing UARP transmission line. 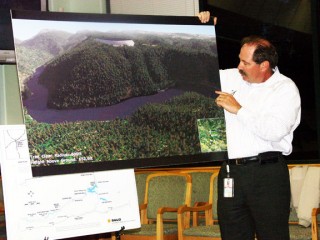 “Jacobs Associates has assembled an outstanding team to provide Owner’s Engineer services for the proposed Iowa Hill Pumped‐Storage Project,” said Jacobs Associates Principal Mike McRae. “Our team is thrilled to have the opportunity to support SMUD on the planning and feasibility of this major pumped storage hydroelectric project.”

More information about SMUD’s Iowa Hill Pumped‐Storage Development project can be found at: