Earlier today, May 06, 2013, Bouygues Civil Works Florida (BCWF) celebrated the successful final breakthrough on the historic Port of Miami Tunnel Project, in Florida. ‘Harriet’ the project’s 42ft (12.5m) diameter Herrenknecht Mixshield TBM, broke through at 8am this morning on Watson Island, where she first began her twin drives on November 11, 2011.

The Port of Miami Tunnel Project, which is being built at an estimated cost of US$1.3 billion, includes a ¾-mile (1.1km) long twin-tube highway tunnel that connects the MacArthur Causeway, on Watson Island, to the Port of Miami, on Dodge Island. When completed, the tunnel will connect the port to the interstate highway system, taking over 1.5 million trucks out of the downtown area per year. 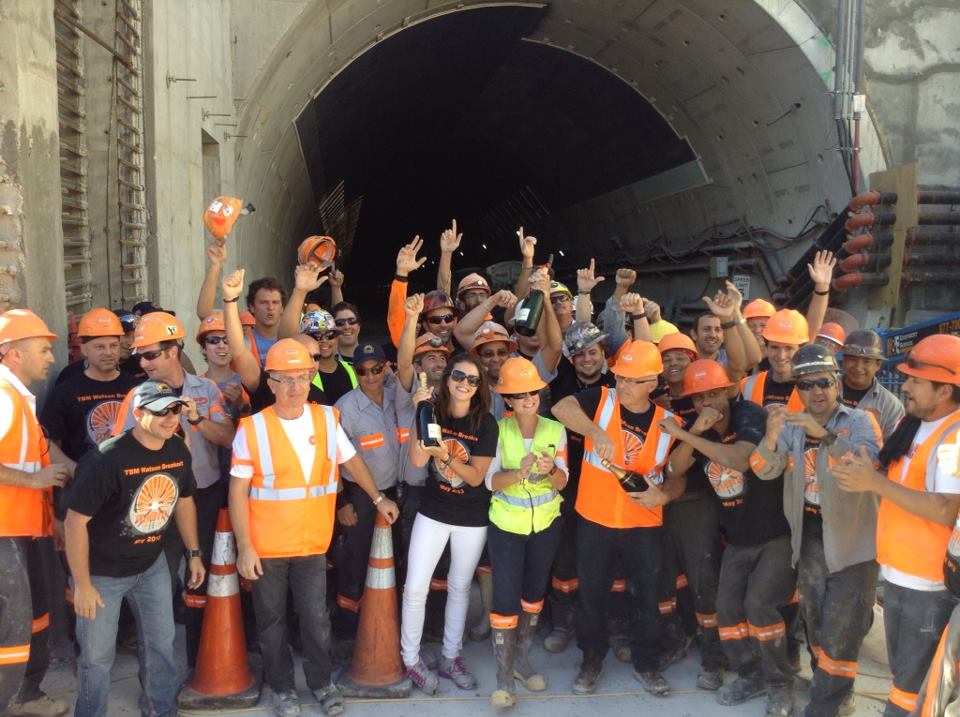 “With this second breakout, we have successfully completed one of the most technically challenging tunneling projects undertaken in the world to date,” Brais (pictured center right) told Tunneling Journal. “Our team has had to develop innovative techniques to effectively address several of the many challenges posed by this landmark project in the sensitive environment that is Biscayne Bay. Mining through eight different ground layers that vary constantly under highways and port facilities is a feat in itself. Mining through highly dissolved coralline limestone underneath the ocean with a large-diameter TBM for the first time in history is nothing short of amazing!”

The first of the twin tubes (eastbound) was completed on July 31, 2012. ‘Harriet’ commenced the westbound tunnel on October 29, 2012 and recently completed the most challenging portion of the tunnel alignment. The extremely porous limestone geology demanded that the Earth Pressure Balance (EPB) TBM be adapted to safely mine without confinement overpressure. The innovative technique used to accomplish this was a Water Control Process (WCP) mode (see Tunneling Journal’s September 2012 digital edition).

The  project is a design-build-finance-operate-and-maintain (DBFOM) Public Private Partnership (PPP) between public partners the Florida Department of Transportation (FDOT), Miami-Dade County and the City of Miami, and MAT Concessionaire, which is made up of Meridiam Infrastructure and Bouygues Travaux Publics. Bouygues Civil Works Florida is the Design-Build Contractor. 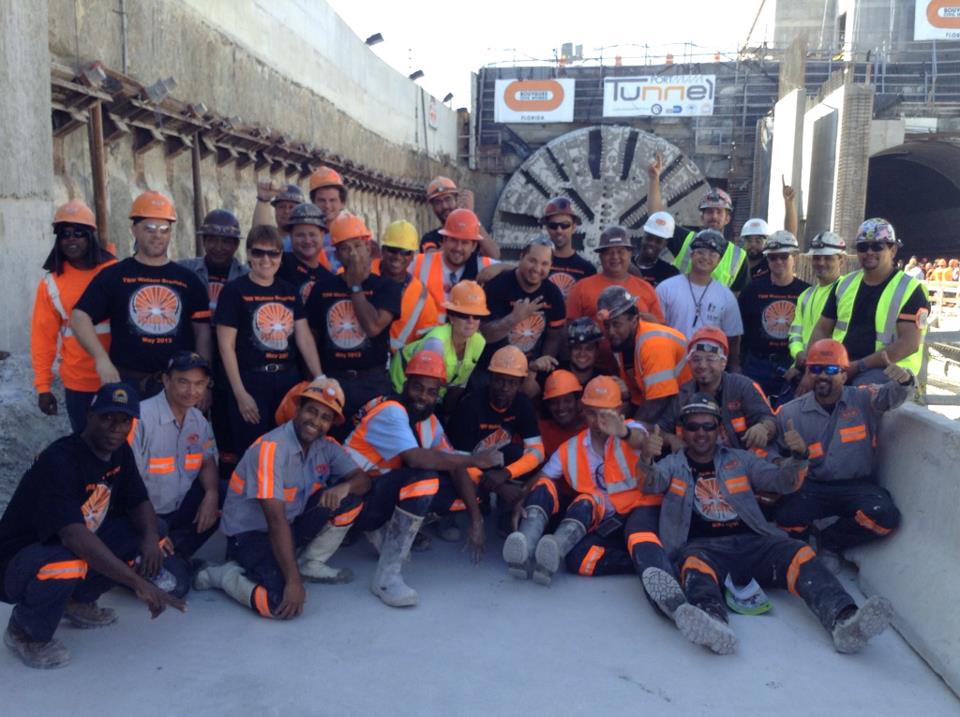 With final completion less than 13 months away, the project team – which currently consists of over 500 employees – will remain busy on further critical components of the project: “Ground freezing is being used for the first time in Florida, to construct two of our cross-passages, whilst the other three are being constructed with the deepest ever application of cutter soil mixing in the US,” said Brais. “These are just further examples of the innovation and historic aspects of this complex project.”

“It’s a great day for Miami,” said Miami-Dade Mayor Carlos Gimenez in his speech at the TBM breakthrough ceremony this morning. “Congratulations to everybody that has worked on this project. I know we still have some way to go, but this is a major milestone.”

“Harriet’s final breakout today demonstrates our team’s commitment to give this community a historic project. And for our Bouygues Group team of more than 133,000 worldwide, this PortMiami Tunnel is a signature project of which we are all extremely proud. Our team’s expertise and hard work has led us to this day successfully, and we have done so with an impressive safety record,” said Brais.