UK Prime Minister, Boris Johnson, has ordered a review as to “whether and how we proceed” with HS2 ahead of the ‘Notice to Proceed’ decision for Phase 1 (London-West Midlands) due by the end of 2019. The results of the reports will effectively either green light, or cancel the entire project by the end of this year. 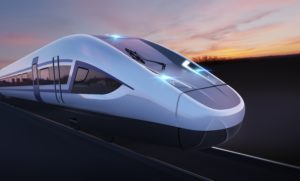 The review will assemble and test all the existing evidence in order to allow the Prime Minister, the Secretary of State for Transport and the government to make properly-informed decisions on the future of Phases 1 and 2 of the project, including the estimated cost and schedule position.

For the whole HS2 project, the review will rigorously examine and state its view on:

The review will be chaired by Doug Oakervee. The deputy chair will be Lord Berkeley. There will also be a panel consisting of Michele Dix, Stephen Glaister, Patrick Harley, Sir Peter Hendy, Andrew Sentance, Andy Street, John Cridland and Tony Travers. Each will focus on a specific area of interest; they will feed in to and be consulted on the report’s conclusions, without having a right of veto in the event that consensus cannot be reached.

Support will be provided by the Department for Transport. Sufficient support will be needed to allow a searching and rigorous review in a relatively short time. The review team will be provided with any papers and persons they request. Undertakings of confidentiality will be entered into with the Chair, Deputy Chair, panel, and others as necessary.

The review will report to the Secretary of State for Transport with oversight from the Prime Minister and the Chancellor of the Exchequer. It should produce a written report suitable for publication.

The review should submit its final report in autumn 2019.