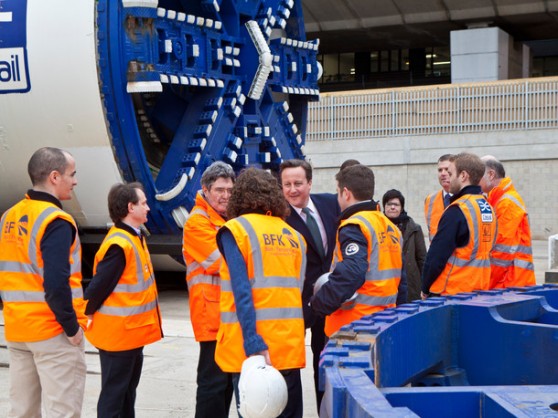 The first Crossrail TBM is due to undergo testing ahead of the start of tunnelling. Work is well underway to re-assemble the second TBM that will launch from Royal Oak Portal in April.

Next month, the first TBM will be launched into one of the twin bores at Royal Oak Portal tunnelling east towards Farringdon. A second TBM will subsequently be launched in April through the second bore. At over 140m long and weighing around 1,000 tonnes the TBMs will travel 6.4km eastbound under London via Paddington, Bond Street and Tottenham Court Road before reaching Farringdon in 2013.

This will be followed later this year by the launch of a further two TBMs from Limmo Peninsular in the Royal Docks that will travel a total of 8.3km towards Farringdon via Canary Wharf, Whitechapel and Liverpool Street.

Towards the end of 2012 another two TBMs will begin construction of the south-east section of the route, launching from Plumstead portal in the south-east and travelling a total of 2.6km to construct the Thames Tunnel. Two TBMs will also be used to create nearly 3km of twin-bore tunnels between Stepney Green and Pudding Mill Lane.

Construction of the concrete segment factory for the western running tunnels between Royal Oak and Farringdon is now complete at Old Oak Common. The plant has begun manufacturing the 75,000 segments that will be required for the western tunnels.

A total of eight TBMs will construct 21km of new twin-bore tunnels (42km in total).