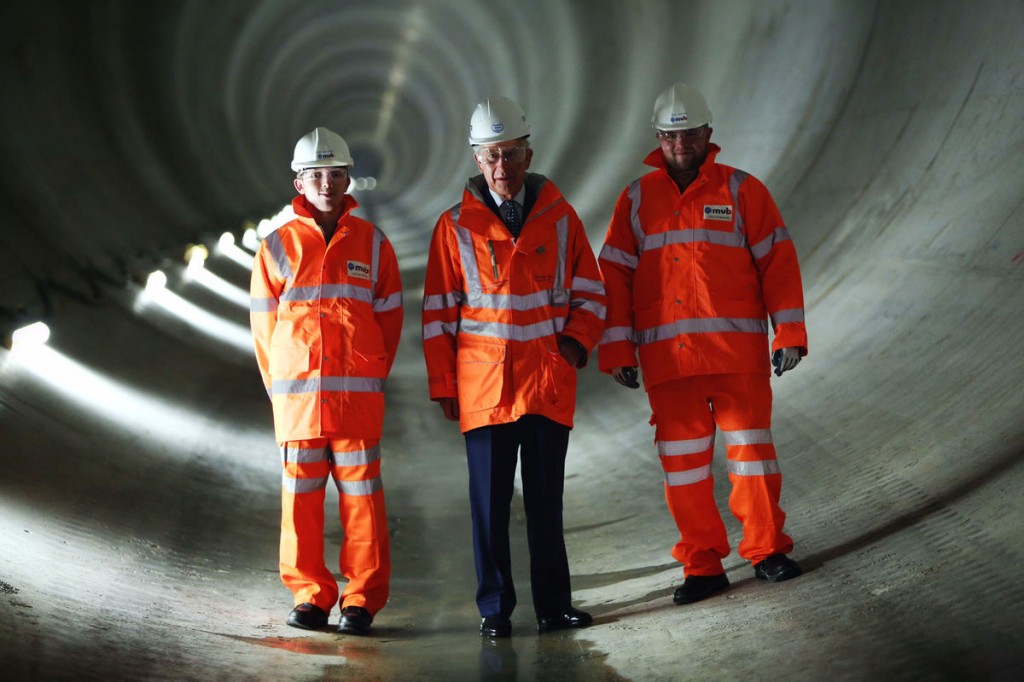 Thames Water chief executive Martin Baggs said: “We are all extremely proud and honoured The Prince of Wales joined us today for this special occasion. Abbey Mills was such a fitting place to hold the celebration. It formed the central feature of Bazalgette’s Victorian sewerage system, but the site is also at the core of our current developments.

“The Lee Tunnel has just been completed at Abbey Mills and this, along with the extensions and improvements at the five sewage works that discharge into the tidal river and the Thames Tideway Tunnel, due to begin construction next year, will greatly improve London’s great river for wildlife and people alike.” 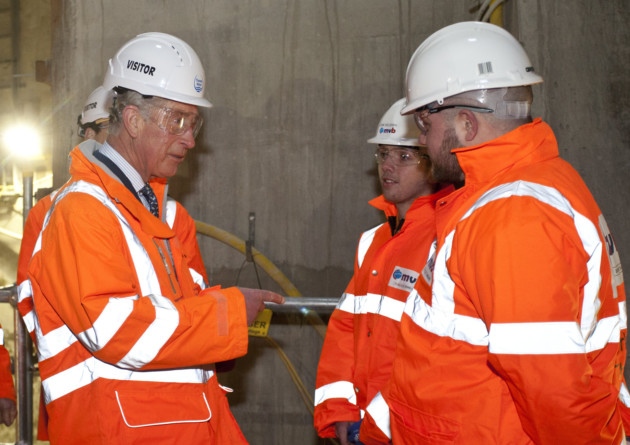 Apprentices Liam Kelleher, 19, and Tony Brown, 23, met the The Prince of Wales inside the tunnel, which runs seven kilometres (four miles) from Abbey Mills to Beckton sewage works.

A strong supporter of apprenticeship schemes, Prince Charles has spoken in the past of the importance of giving young people access to careers opportunities to gain real hands-on experience of the industry due to an acute shortage of engineers in the country.

Recognised for its remarkable architecture and ornate interior, Abbey Mills is one of the jewels in the crown of the London Victorian sewerage system, which is still in full operation today. Designed by Sir Joseph Bazalgette, the pumping station played a key role in revolutionising London’s water and wastewater network, eradicating diseases like cholera which had plagued the population for generations.

WaterAid, Thames Water’s principal charity, is now inviting the public to help tell the full story of how sanitation and clean water changed Britain over the centuries, and is marking 2015 with its Big History Project.

Mr Baggs added: “We can often take our own access to safe water and sanitation for granted. The focus on our history really reminds us that a time when we too didn’t have the basic human requirements our taps and toilets provide isn’t that long ago. Anyone living in London today owes Sir Joseph Bazalgette a great debt of gratitude.”