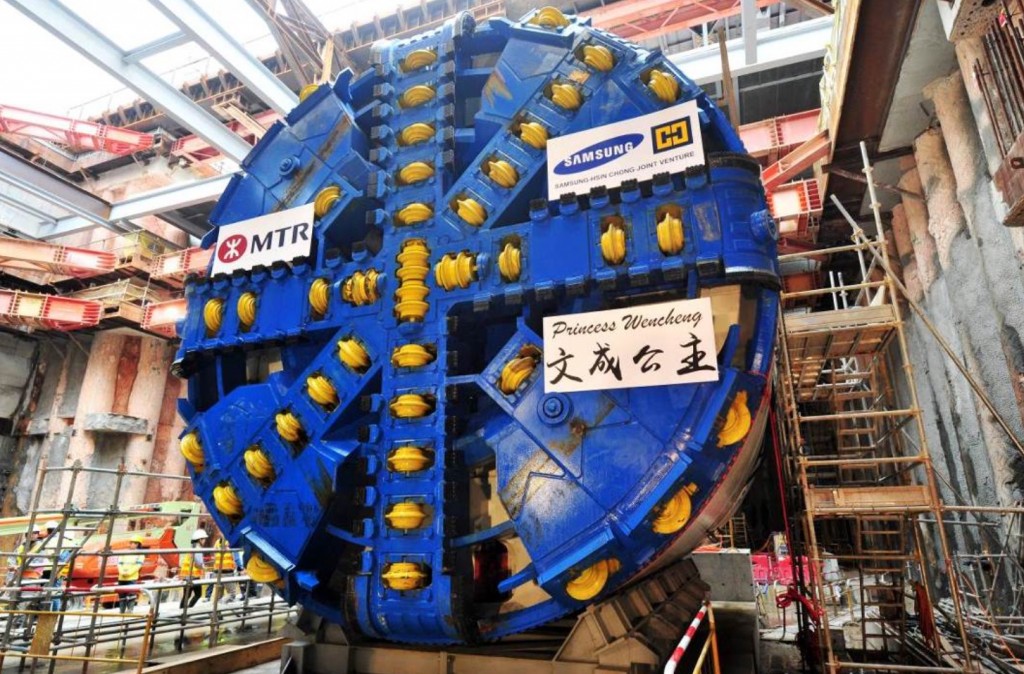 Another important milestone has been reached on Hong Kong MTR’s 17km long underground Shatin to Central Link (SCL) with the launch of TBM “Princess Wencheng” on her mission to construct the 1.6km long tunnel for the Kowloon City Section of the project.

From the launching shaft at the To Kwa Wan Station works site, “Princess Wencheng” will excavate the down-track tunnel to Ho Man Tin Station while installing the concrete tunnel lining as she progresses. Another TBM “Princess Iron Fan” will be launched for works on the up-track tunnel which are expected to commence in the latter half of 2015.

“The use of tunnel boring machine is the most effective and efficient method of tunnel construction and is widely used both in Hong Kong and worldwide. As the works are done entirely underground, it means that we can minimise impact on the environment and neighbouring communities,” said Dr Philco Wong, Projects Director of MTR Corporation.

“We are excited to commence tunnelling works for the Kowloon City Section as it is one of the critical sections of the SCL project. Though the commencement of this section of tunnelling works has been affected by the extended archaeological survey in To Kwa Wan, our team is making every effort to try to recover most of the time lost,” he added.

The 17-kilometre SCL is a territory-wide strategic railway project with 10 stations, of which six will be interchange stations, and will create new East West and North South corridors that will allow for the seamless interchange of passengers heading to and from every corner of Hong Kong.