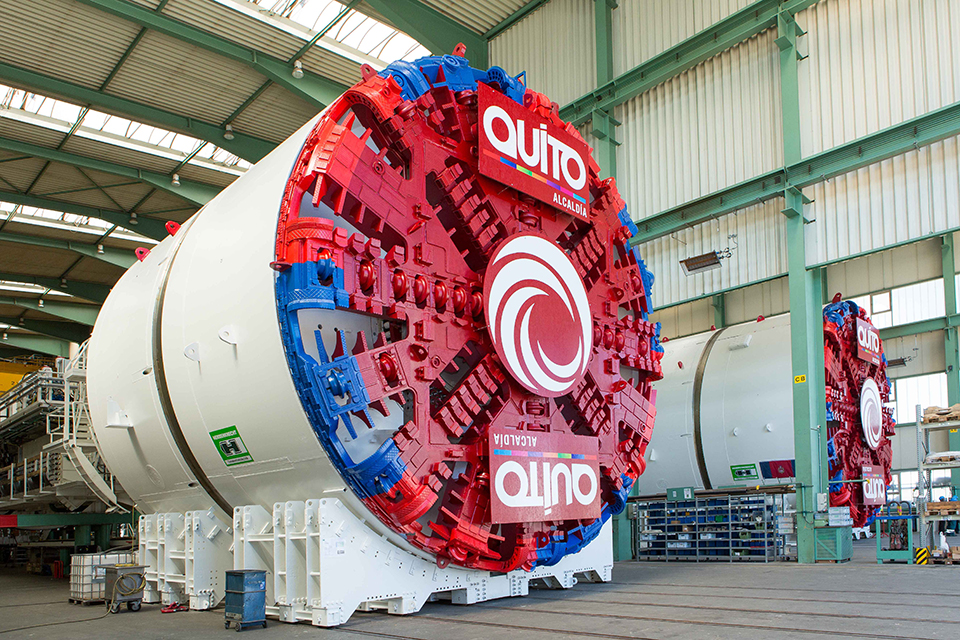 Dr. Mauricio Rodas, Mayor of Quito, members of the contracting JV Acciona/Odebrecht, and client Quito Metro, have inspected the two 9.36m diameter Herrenknecht EPBMs that will soon be travelling to the Ecuadorean Andes to begin construction of the Metro de Quito Line 1. The machines were completed in late August 2016.

The planned tunnel alignment of the 20km long Metro Line 1 runs at a depth of some 20m to 25m below the city, through Silt, clay, and tuff of a volcanic origin.