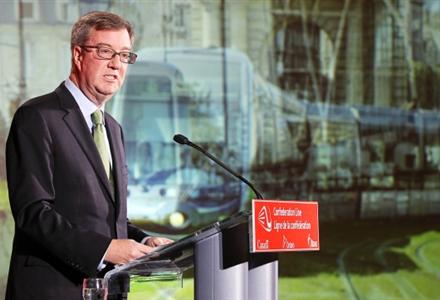 City of Ottawa staff have selected the Rideau Transit Group consortium as their preferred choice to design, finance, build and maintain the city’s CA$2.1 billion light-rail transit system. The announcement was made at a press conference yesterday, Wednesday, December 6th, at City Hall, with Ontario Premier Dalton McGuinty, Mayor Jim Watson and other dignitaries in attendance.

Much of the 12.5km (7.8-mile) east-west ‘Confederation Line’ that includes a 2.5km (1.5-mile) downtown tunnel is due to be completed by 2017, with the entire route expected to be in service by May of the following year.

Watson unveiled photographs of the designs for the system’s 13 stations, which are to feature simple designs and incorporate wood from trees killed off by the emerald ash borer, according to the city. 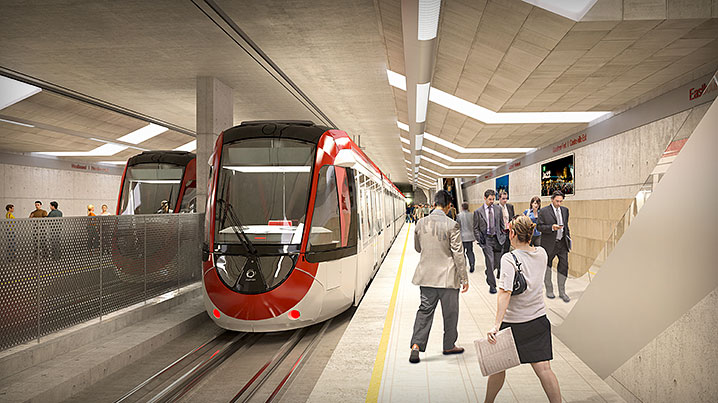 They’re also to have “extensive” features for cyclists, the city says. “This is a tremendous achievement and great reassurance for council, our residents, and most of all our taxpayers,” Watson said.

Following Wednesday’s announcement, the city is opening a two-week “showcase” of the winning bid that will be on display at City Hall until December 19. City councillors will debate the staff recommendation twice — first on December 12 and again on the day they take a final vote on signing the contract on December 19.

The project is expected to start in February with work on the tunnel due to start in July. 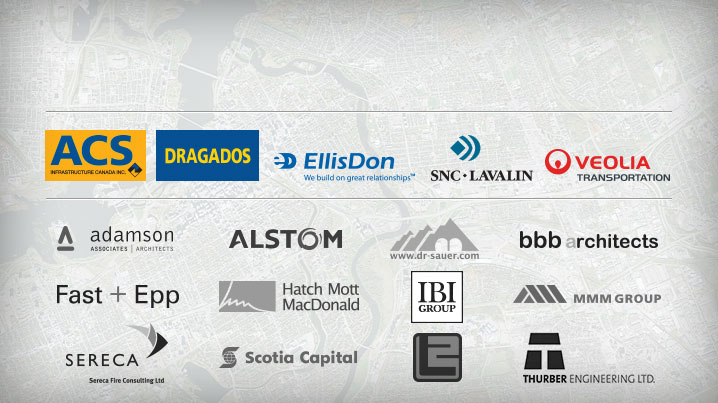