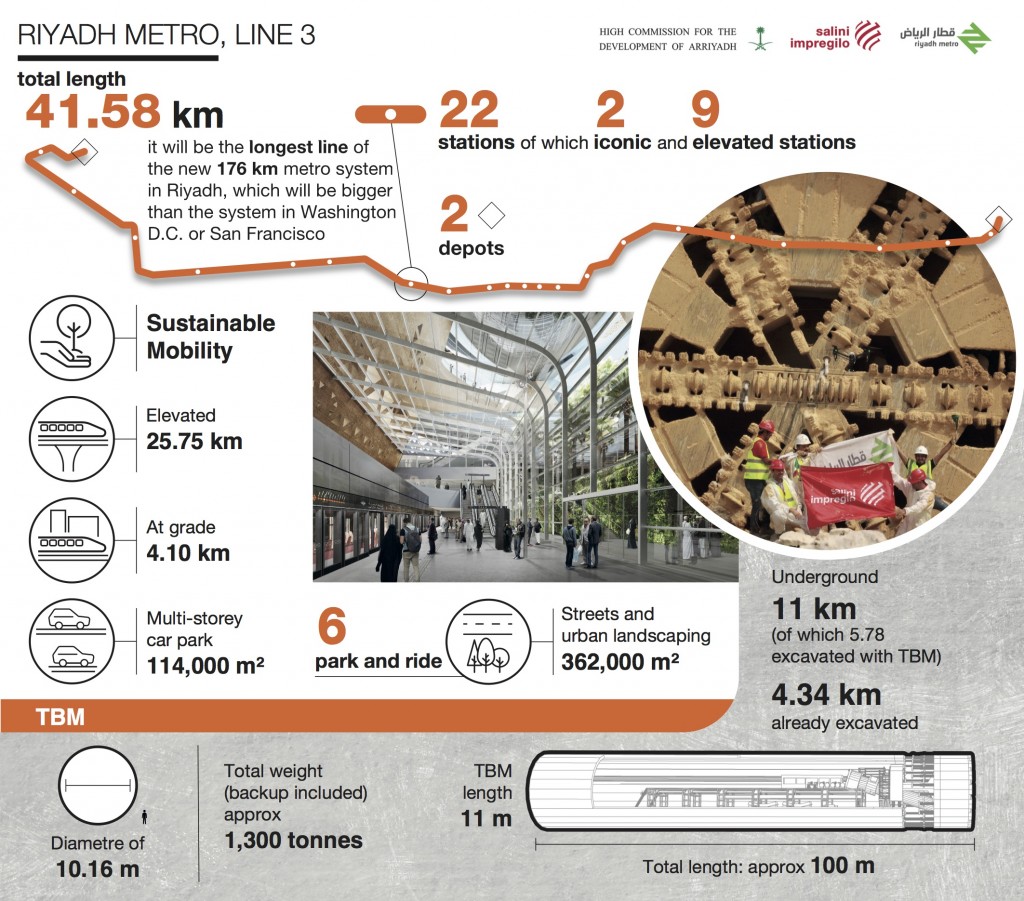 Salini Impregilo reached another milestone in the construction of Line 3 of the Riyadh Metro with the arrival of its 10.16m diameter TBM at what will be a major station on the longest line of the massive project.

Salini Impregilo, leader of the ArRiyadh New Mobility (ANM) consortium, oversaw the arrival of the TBM – named Jazlah – at the Downtown Station site as it neared the end of its 5.35km journey underground. The TBM has already excavated 4.34km.

Line 3, also known as the Orange Line, is more than 40km long, but only about 11km will be underground, excavated by the TBM and the “cut and cover” method. Once completed, it will have 22 stations.

Located near the Riyadh governor’s palace in the heart of the city, the Downtown Station will be among the most iconic, with two lines passing through it. Covering 20,000 square metres, it is being designed by the Norwegian architectural firm Snøhetta. Its entrance will be covered by a massive inverted cone made of stainless steel that provides shade for travelers and channels sunlight into the underground station.

ANM is one of the three consortia involved in the $23bn, six-line Riyadh Metro project that will cover 176km. The metro system will reduce traffic congestion and air pollution in a city whose population is forecast to rise from 6.5 million today to 8.3 million by 2030.