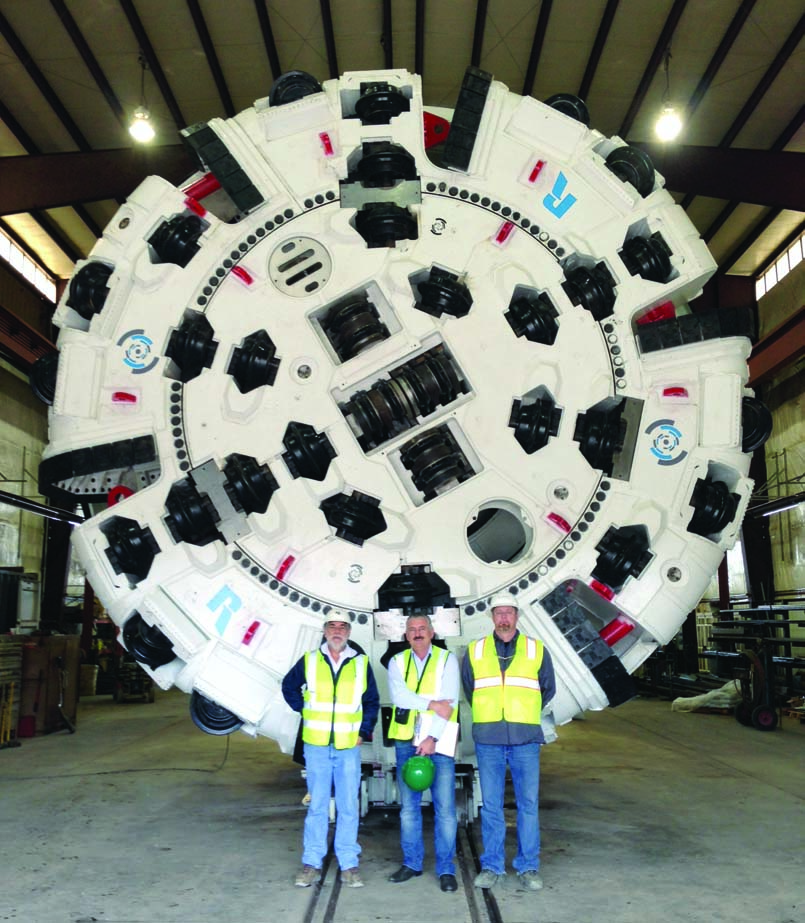 TBM manufacturer, Robbins is claiming a World Record advance for a 6.2m diameter machines currently working on the Indianapolis Deep Rock Tunnel Connector (DRTC) in Indianapolis, Indiana, USA. The rate occurred on June 12, 2013 when the machine achieved 124.7m in 24 hours – believed to be a milestone for TBMs in the 6 to 7m diameter range.
The veteran machine was originally built in 1976 and used on multiple projects, most recently on the Second Avenue Subway Project in New York City. The TBM has been rebuilt multiple times.

The machine, owned by the Shea/Kiewit JV contractor, was refurbished and redesigned in Cleveland, Ohio and Mt. Pleasant, Pennsylvania. Its latest rebuild included a fitting with variable frequency drive motors and new components including a back-loading cutterhead with 19 inch disc cutters and rescue chamber.

The TBM was launched in early 2013 and began its excavation in limestone and dolomite rock.  Muck removal is being achieved with a Robbins continuous conveyor system including both horizontal and vertical belts hauling muck up a 76m deep shaft.

Once complete, the Indianapolis Deep Rock Tunnel Connector will be lined with unreinforced concrete, making the finished diameter 5.5m. Cleaner water is the ultimate goal of the city’s new DRTC, which will include in its scope four shorter tunnels that will be added on afterwards.  The tunnels for project owner, Citizens Energy Group, will all be more than 60m below ground.

The DRTC will convey up to 2.1 million cubic meters of combined sewer overflows daily to the Southport Advanced Water Treatment Plant. By 2025 the network of five tunnels will total over 40km, and will reduce wastewater overflow into the White River, Fall Creek, Pogues Run and Pleasant Run waterways by 95% or more.