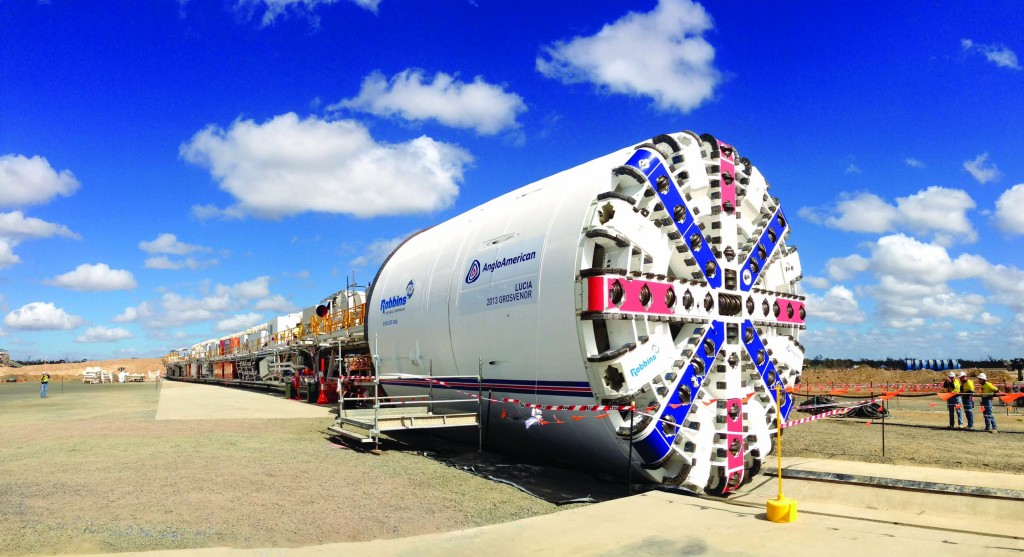 The XRE (standing for Crossover Rock /EPB) is the most common type of hybrid machine, and features characteristics of Single Shield Hard Rock machines and EPBs for efficient excavation in mixed soils with rock. An XRE TBM recently completed tunnelling at Australia’s Grosvenor Decline Tunnel, where it excavated two mine access drives at rates fourteen times faster than a traditional roadheader. The latest drive was completed on February 9, 2015. “This was a big step forward for the mine to appropriately use civil tunneling technology for a mining application. I take my hat off to the management of owner Anglo American Coal to have the foresight and leadership ability to take this step. Using the Crossover technology [versus the traditionally-used roadheader method], the project was finished on schedule,” said Lok Home, Robbins President.

Additional types of Crossover machines include the XSE (Crossover between Slurry/EPB) and the XRS (Crossover between Rock/Slurry) TBMs. The Crossover series is quickly gaining in popularity, with Robbins Crossover TBMs currently being assembled in Mexico, Turkey, and Azerbaijan.  An XRE TBM will begin excavation for Mexico’s Túnel Emisor Poniente II (TEP II) later this year, while an XSE is being readied for excavation at the Baku Metro.

The rebranding and Crossover terminology embodies the concept that the machines are able to cross over between modes, says Home. The unique machines are a top focus point for the company: “Robbins comes at this business with extensive rock experience so everything we design comes with the assumption that there will be tough conditions. When you have to “cross over” to another mode then already you are in difficult conditions, and contractors need robust machines to get through these challenges,” says Home.
Home foresees that machine sales will grow as more projects worldwide are planned in difficult and varying ground conditions. Survey results back up the trend, indicating an increased interest in Crossover-type machines worldwide. “This is a continuous evolution and we are consistently endeavoring to improve Crossover designs. We have three of the machines in production now and I see this number increasing year by year as the industry sees and accepts their value.”