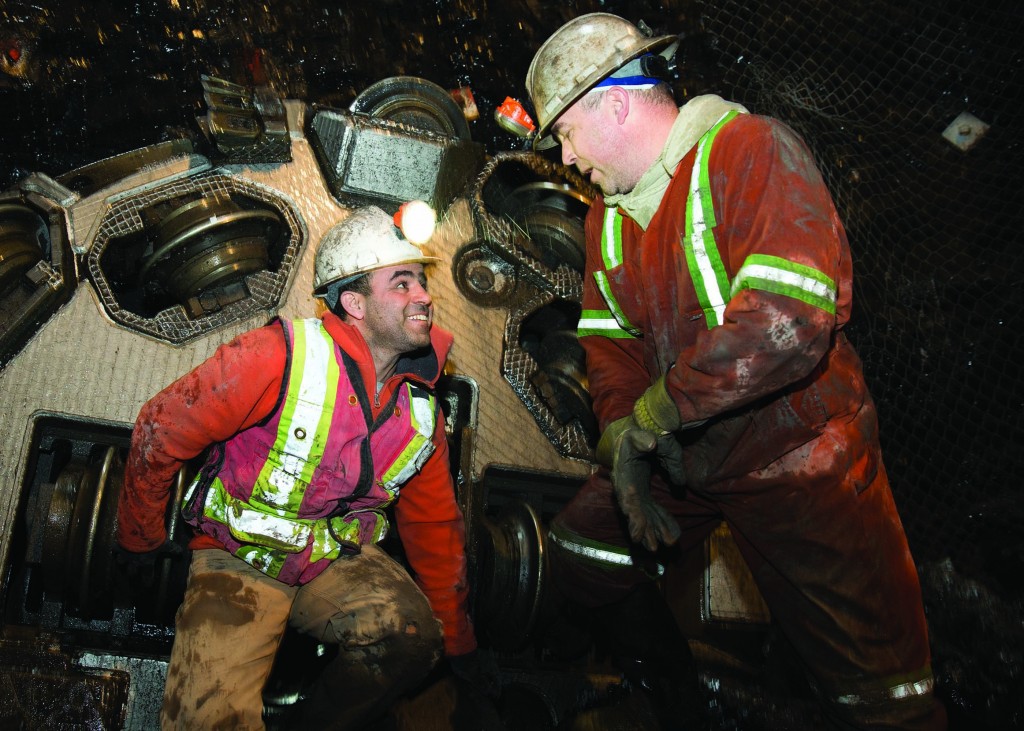 At a large November 2015 ceremony attended by the mayor of Montreal, Quebec, Canada, the Rosemont Reservoir tunnel construction came to a close. The long-awaited project gave good cause for celebration as crew members crowded around the cutterhead of the 3m (9.8ft) diameter Robbins Double Shield TBM that had emerged into an exit shaft.

Local contractor Foraction headed the excavation of the 4km (2.5-mile) long tunnel with a TBM launch in December 2014. Roger Lepinay, Equipment Manager for Foraction, characterized the ground as “almost ideal” with a few difficult sections.

“Below Montreal there is mostly thinly bedded limestone, with some shale and intrusive igneous dykes,” explained project geologist Brigitte Gagné for company Exp Service Inc. While the limestone averaged 100-150 MPa UCS, rock in the intrusives ranged from 100-300 MPa. The dykes were as small as 1m (3.3ft) wide and as large as 100m (328ft). The contractor was able to successfully navigate these sections despite the varying rock strengths. Even with geologic challenges including some water inflows and over-break in small sections, the contractor was able to achieve advance rates of up to 38m (125ft) per day in two shifts of 9.5 hours each.

Much of the ground was self-supporting, though the contractor installed rock bolts every 2.5m (8.2ft) into the tunnel crown, while mesh, rock bolts, and steel sheets were used in the sections of unstable rock. The long tunnel drive at small diameter was carefully planned to optimize logistics. The contractor utilized a muck train that could accommodate two pushes worth of excavated material.

With the breakthrough, an important phase of the Rosemont Reservoir project is complete. The reservoir itself was built in 1960 to increase water supply to the city and a geotechnical study for the tunnel was carried out in 1977. However, other infrastructure projects soon took priority and the project was placed on hold. By 2010, the population of the city had increased dramatically and problems with the existing reservoirs put the project back on the fast track. The large reservoir that sat idle for decades will now be used to improve of the city’s water supply.

The contractor is now preparing the tunnel for the installation of a 2.13m (84in) i.d. pre-stressed concrete cylinder carrier pipe (PCCP), which will be grouted in place in preparation for the Rosemont Reservoir to come online.