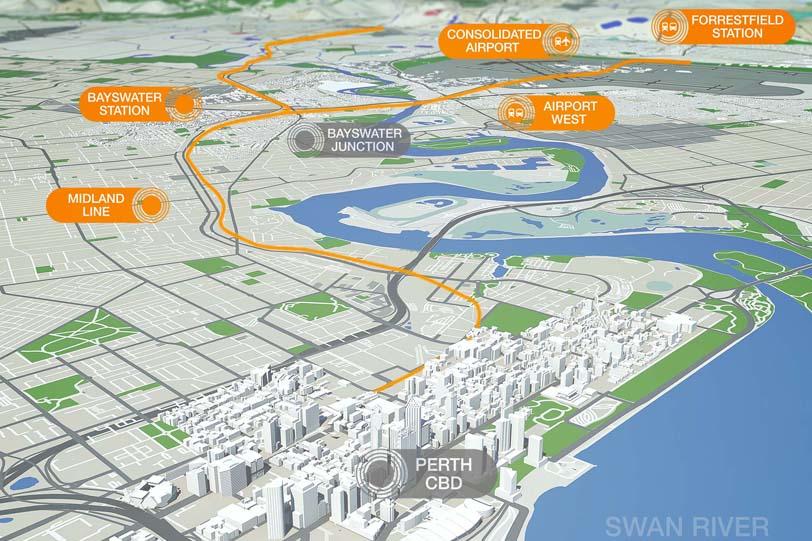 Salini Impregilo and its joint-venture partner NRW Pty Ltd (SINRW JV) signed the contract with the Western Australian government. “This is a huge milestone on the path to delivering this project, which will change the face of Perth’s eastern corridor and give people direct access to the airport by public transport,” said Premier Colin Barnett in a statement.

The contract, awarded by the Public Transport Authority of Western Australia, comprises the design, construction and maintenance for 10 years of the Forrestfield-Airport Link, which will connect the eastern suburbs of the city with an existing suburban rail network as well as the airport.

Its total length will be 8.5 kilometres, 8kilometres of which will be underground.

Salini Impregilo and its joint-venture partner will bore twin tunnels for virtually the entire length of the line and build three stations. Parking spaces and new and expanded bus feeder services will also be built.

Work by the joint-venture, 80% of which is held by Salini Impregilo, is to start in the coming months and last until 2020.

Salini Impregilo is involved in another important public transportation project in Australia. In Sydney, it is helping build the Metro Northwest, a train line that will serve the city’s northwest.

Webuild, as part of the Spark consortium, has signed a contract that values its stake at AU$3.3bn (€2.1bn) in the North…