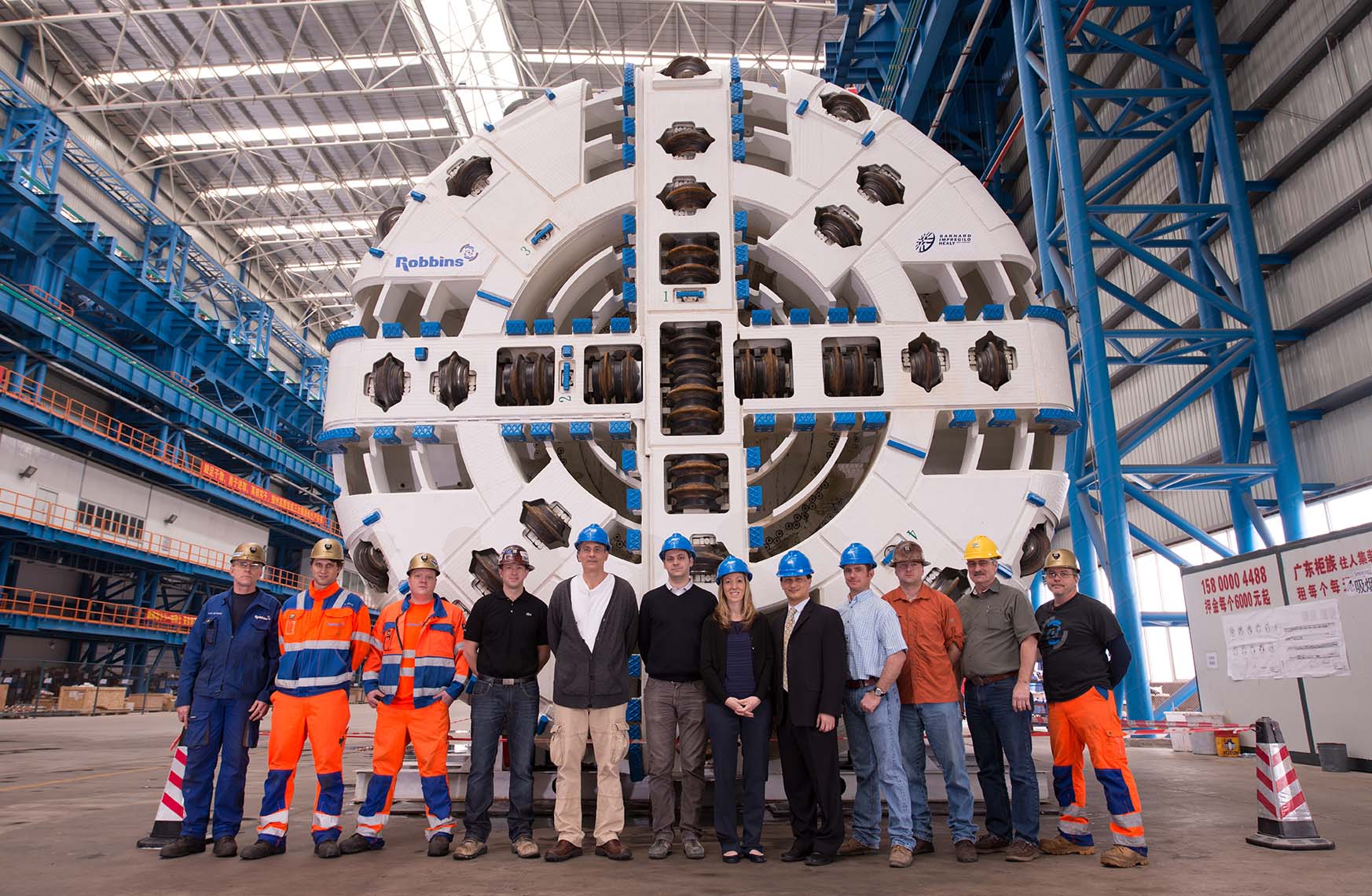 This first the machine is named “Mom Chung” after Dr Margaret “Mom” Chung, the country’s first female Chinese-American physician, and will be used on the northbound tunnel. The second machine, named “Big Alma” after “Big Alma” de Bretteville Spreckels, a wealthy San Franciscan socialite and philanthropist, will bore the southbound tunnel and is due to arrive in the coming weeks. The public selected the names in an online poll held in January.

At a factory acceptance for the first of the two machines, held in Guangzhou, China, in late February, Alessandro Tricamo, Chief Engineer for the Barnard/Impregilo/Healy JV said: “The unique challenges of this project include the dense urban environment and curved tunnel alignment. Use of the TBMs will help us to minimize impact to the community, and the design of the TBMs will help us to negotiate curves using active articulation.” Both machines were designed to enable smooth excavation around tight 140m (450ft) radius curves. 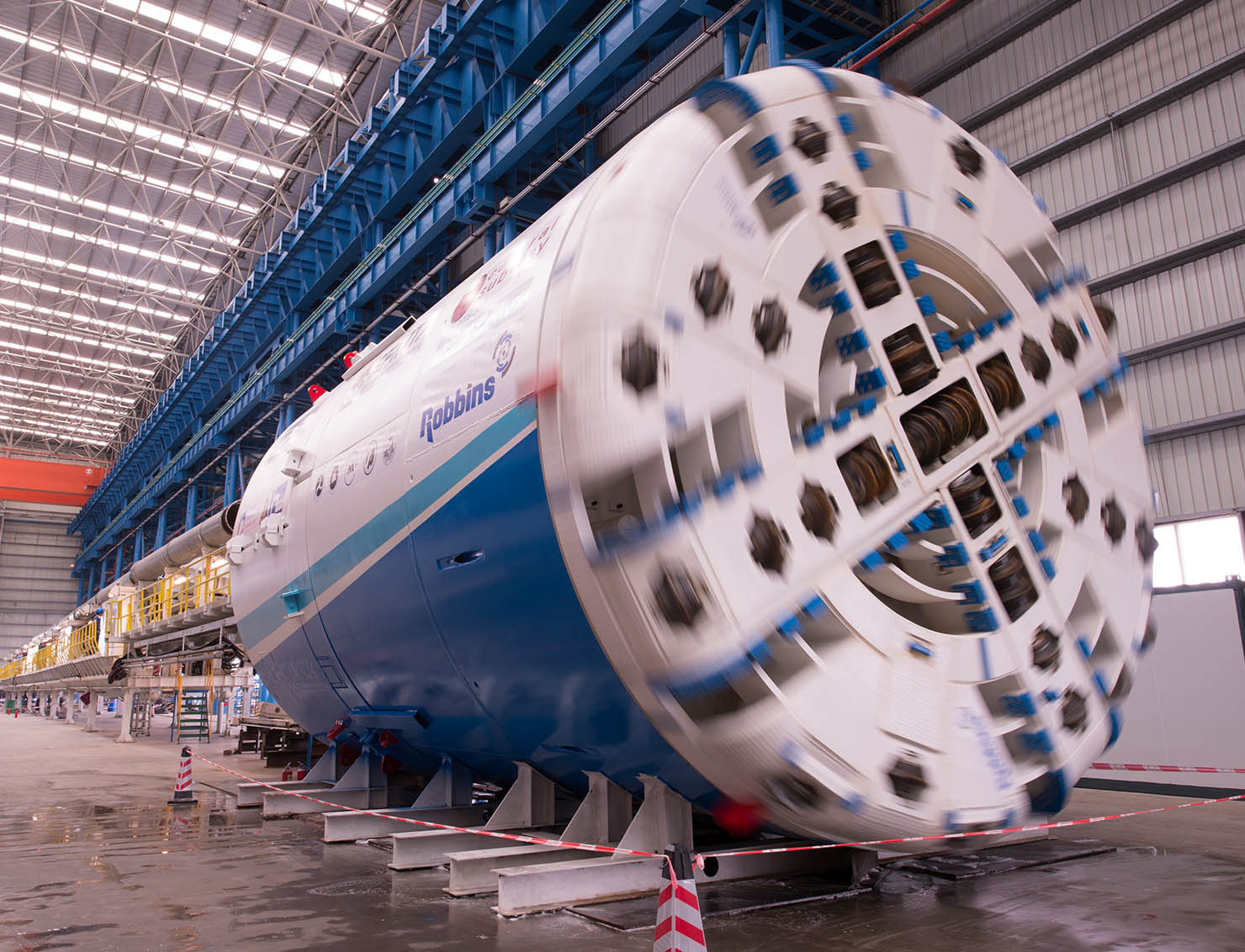 Robbins horizontal belt conveyors will travel behind both machines for muck removal during tunneling. “We estimated that a continuous conveyor would help us improve the production rate of the TBMs on steep slopes (up to 7%), where a traditional mucking system using a locomotive would have been a challenge,” said Tricamo.

The SFMTA has set a planned launch date for “Mom Chung” in mid-June, and for “Big Alma” by the end of August.

When Phase 2 is complete, the 2.7km (1.7-mile) Central Subway line, which includes four new stations, will extend light rail service to the Financial District and Chinatown, as well as provide direct connections to BART and Caltrain, two of the Bay Area’s largest regional commuter rail services. The Central Subway is scheduled to open to the public in 2018. It is estimated that the new subway will serve about 65,000 passengers daily by 2030.