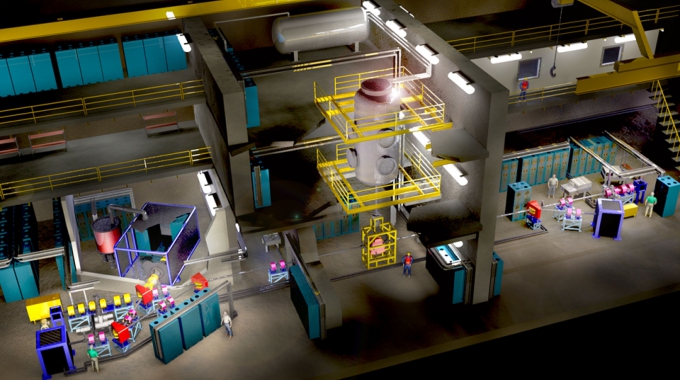 Scientists have selected the Sanford Underground Research Facility, in South Dakota, USA, as the site for a 20-year-long, $30-$50 million, experiment to simulate nuclear reactions that take place within stars.

The DIANA (Dual Ion Accelerator for Nuclear Astrophysics) experiment seeks to understand how these nuclear reactions produce the natural elements observed in our universe.

The Sanford Lab is located at the former Homestake gold mine, which was a physics landmark long before it was converted into a dedicated science facility. Nuclear chemist Ray Davis earned a share of the Nobel Prize for Physics in 2002 for a solar neutrino experiment he installed 4,850ft (1,463m) underground in the mine.

The new underground experiment would be significant in size, with officials reporting that a space of 268,000 cubic feet – or a floor area of 18,570 square feet – is being designated for DIANA. A specific site is yet to be determined, however lab officials expect that it will be located 3,950ft below ground at a site about 600ft southwest of the existing Ross Shaft, which is currently being refurbished.

For months, DIANA scientists have been examining potential underground sites at the Sanford Underground Research Facility, the Soudan Mine in Minnesota and at the Kimballton Mine in Virginia. DIANA spokesman Dr Michael Weischer, from the University of Notre Dame, told local media that the selection was based on a number of criteria, including cost efficiency, local support, accessibility, and other major factors. When making the site selection, he said local support and cost efficiency were the factors that were strongest at the Sanford Lab. 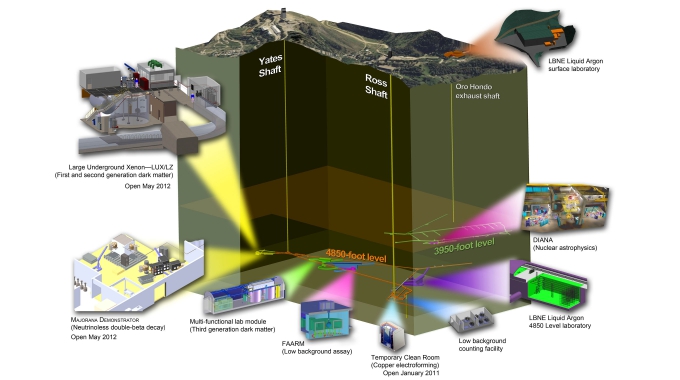 Sanford Lab Director Mike Headley said the announcement could be very good news for the long-term viability of the lab. “Given DIANA could operate for 20 years, this experiment is certainly a key component in our long-term plans,” Headley said. “Our main goal in working with future experiments like DIANA is to increase the Sanford Laboratory’s longevity and preserve South Dakota’s investment in the facility. This decision is great news. It’s a significant step forward for the Sanford Lab.”

Headley was careful to point out that federal funding for final design and construction of the experiment has not yet been approved. Weischer confirmed this, saying his collaboration is anxiously awaiting a federal budget approval, in hopes that they will be allowed to move forward with the research. Funding permitted, Headley said construction on the experiment could start in 2015, with operation beginning in about 2018 or 2019, and lasting for about 20 to 30 years after that.

Dr Kevin Lesko, the Lawrence Berkeley National Laboratory Senior Physicist who oversees the Sanford Lab operations as an arm of LBNL, said DIANA will greatly enhance the lab. “I’m very pleased to welcome such an important collaboration,” Lesko said. “It will quite significantly enhance the physics portfolio we have.”

Overall, Headley said lab officials were “thrilled” at the prospect of hosting another experiment. “Our engineers have spent many months developing design concepts and cost estimates in support of this selection process, and it’s great to see the team’s efforts pay off,” Headley said. “I’d like to recognize and thank Sanford Lab engineers for successfully navigating this very rigorous selection process with the DIANA Collaboration. We’re eager to move forward with design and facility construction.”