Saudi’s futuristic NEOM city of the future project has awarded drill and blast tunnelling contracts – totalling 28km in length – for work on the development’s infrastructure that the developer say will ensure NEOM continues to meet the development’s schedule. 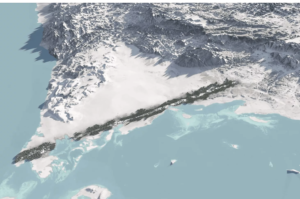 The work will provide separate tunnels for high-speed and freight rail services – making the movement of people and goods faster, safer and easier.

The rock excavated will be processed for subsequent reuse within the permanent concrete lining of the tunnels and other projects within NEOM to ensure minimal impact to natural landscapes.

Commenting on the contract awards, Nadhmi Al-Nasr, CEO of NEOM, said: “Today marks yet another significant milestone for NEOM. The sheer scope and scale of the tunnelling work to be undertaken highlights the complexity and ambition of the project. We are moving forward to achieve NEOM’s vision of the new future, which has been established by His Royal Highness Mohammed bin Salman, Crown Prince and Chairman of the NEOM Company Board of Directors.

“At NEOM, we are inspiring a new way of living, making seamless mobility possible, reducing emissions and protecting our environment. We are not only making a giant leap for the Kingdom of Saudi Arabia, but we are also establishing a model for sustainable living around the world.”

Situated in the Tabuk Province of Northwest Saudi Arabia, NEOM is an ambitious infrastructure project designed to incorporate a liveable city incorporating smart city technologies whilst also functioning as a tourist destination.