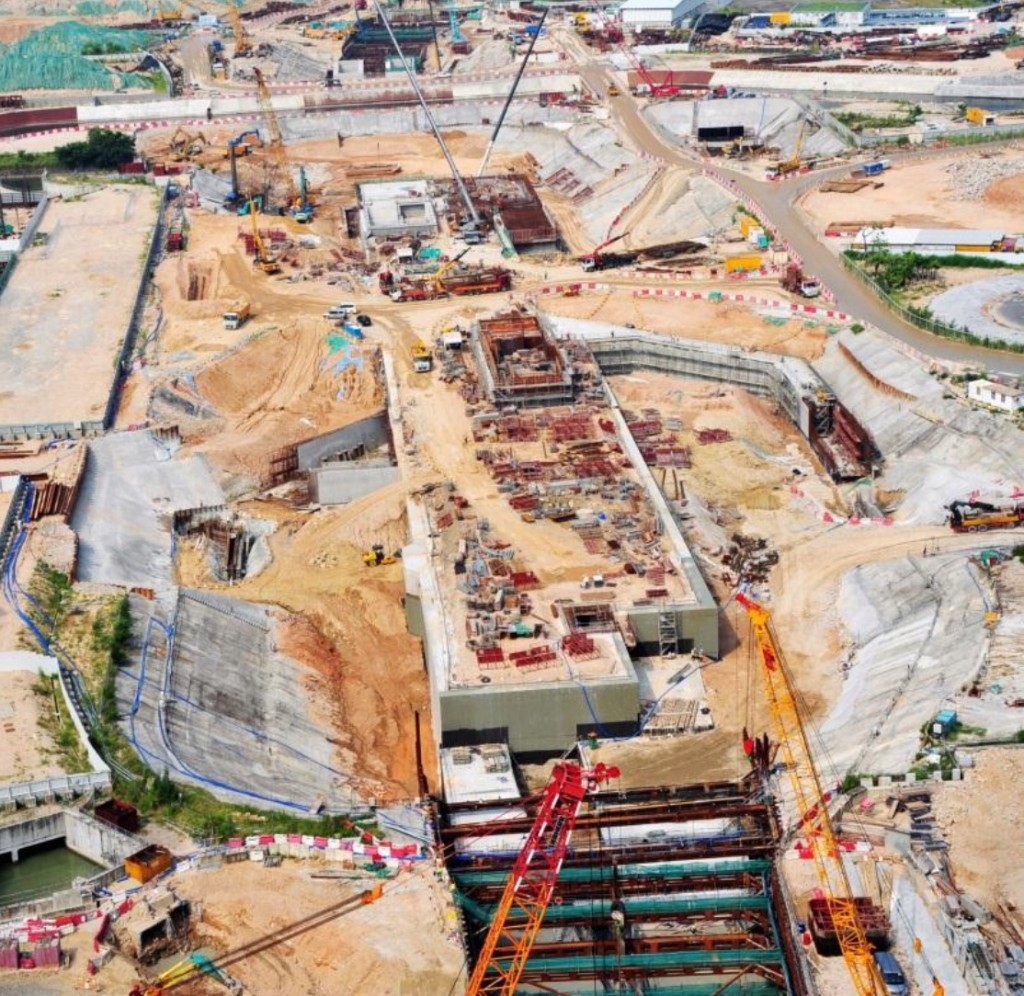 A new milestone has been acheived for the Hong Kong MTR’s 17km long, completely underground Shatin to Central Link (SCL) project when a topping out ceremony was held to celebrate completion of the civil structure of Kai Tak Station.

Members of the local community and working partners on the project were in attendance. This is the second station of the Shatin to Central Link to have its major civil construction works completed. Mechanical and electrical works for the station as well as the laying of tracks are now in progress.

Speaking at today’s ceremony, Chief Executive Officer of MTR Corporation Mr Lincoln Leong said, “As a core element of the Kai Tak Development, Kai Tak Station will serve a vital role in the success of one of the largest urban development projects in Hong Kong. It will provide residents and people working in the area with convenient travel connections to the city centre of Hong Kong and all the way to the eastern and western New Territories. The wider community will also be able to take SCL’s East West Corridor to Kai Tak to enjoy different community facilities. This is not only a big step forward in Hong Kong’s railway development but also a foundation to support the long-term development and growth of the city.”

Mr Leong added, “The progress made by the MTR projects team today could not have been achieved without the strong support from our partners in various government departments as well as members of the local community. I would like to thank them all for their valuable contributions.”

Construction of Kai Tak Station commenced in 2013. It is a two-level underground station with the station concourse on the upper level and an island platform on the lower level. As a key public transport gateway to the new Kai Tak Development Area, the station will have three entrances providing convenient connections to residential buildings and community facilities nearby.

The SCL is a territory-wide railway project with 10 stations, of which six will be interchange stations feeding into a number of existing railway lines to form two strategic railway corridors, the `East West Corridor’ and the `North South Corridor’, allowing passengers to enjoy convenient journeys to every corner of Hong Kong with seamless interchanges.