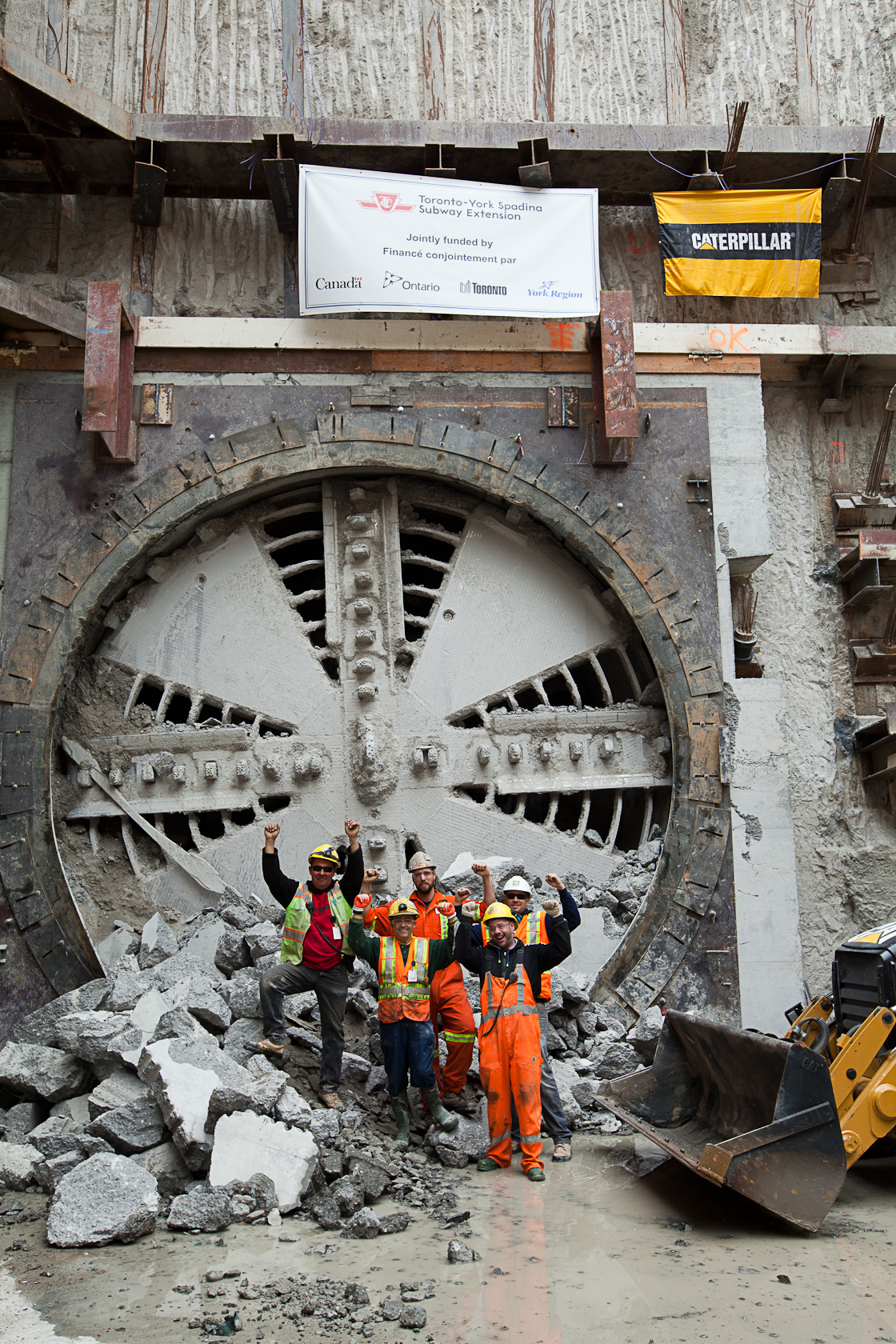 At a press conference on Monday, June  11th, the Honourable Julian Fantino, Associate Minister of National Defence and Member of Parliament for Vaughan; along with His Worship Rob Ford, Mayor of Toronto; York Region Chairman and CEO Bill Fisch; and TTC Chair Karen Stintz, marked the completion of the first 1.6km (5,249ft) of twin tunnels.

“Today, we are one step closer to completing the Toronto-York Spadina Subway Extension, cutting commute times and easing traffic congestion in the Greater Toronto Area,” said Minister Fantino. “The Harper government is pleased to invest in this project that is creating jobs for Canadians and boosting the regional economy.”

Good effort was rewarded with “Moley“ outperforming her counterpart on the later stages of the drive achieving advance rates over the three shifts of around 25m (82ft) per day. The TBM arrived at the shaft wall on May 8th. Some time was required before breaking through to install the eye seal and reception frames. ‘Holey’, the first TBM broke through earlier this month.

Work is now underway on the breakdown of the two machines, which are to be relocated to the second launch shaft at the southern end of the new Sheppard West Station. The machines will be re-launched south, towards the Spadina line’s existing Downsview Station with approximately 1000m (3,280ft) of tunnel per machine. 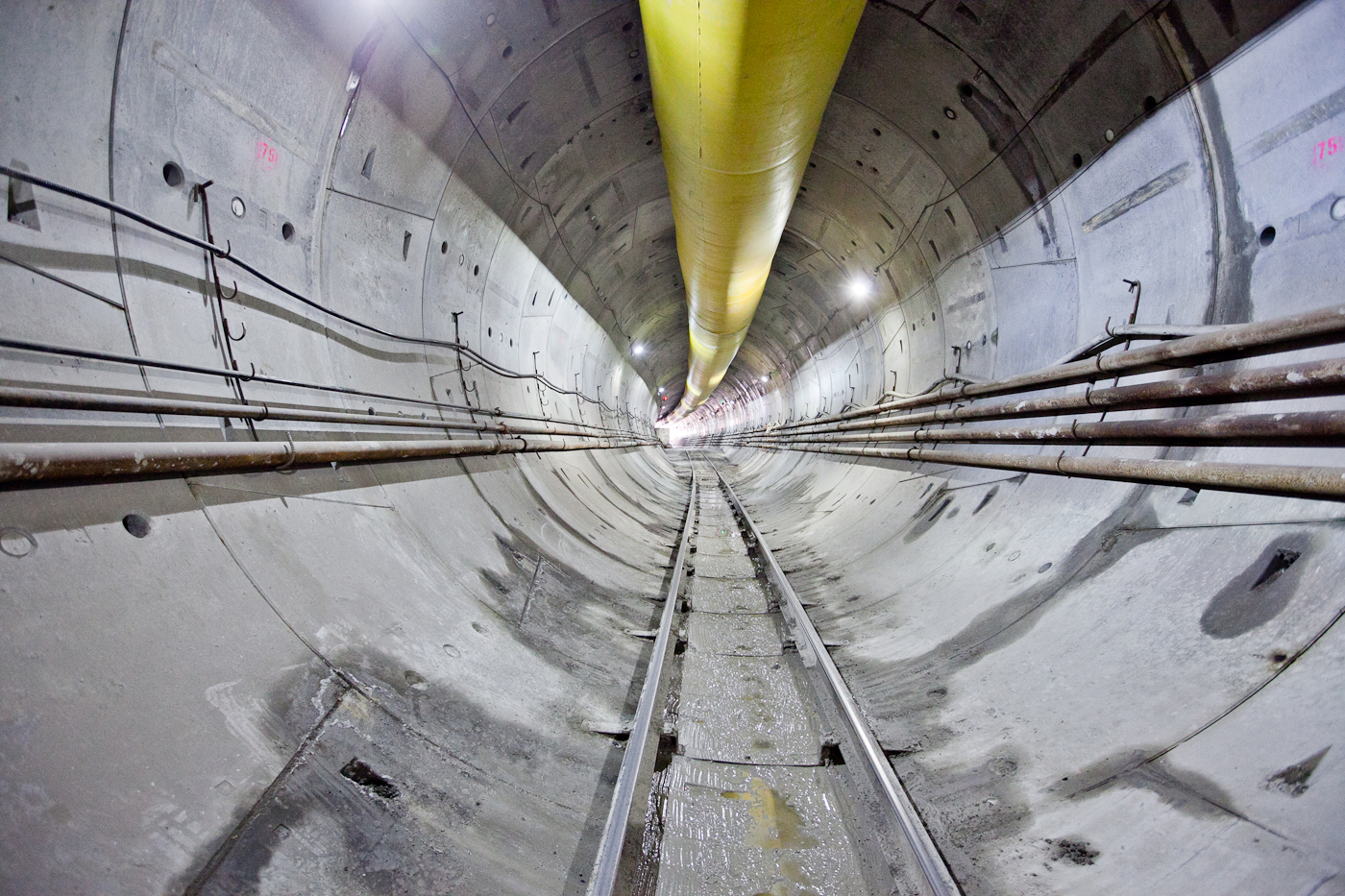 Within the completed tunnels cross-passage construction, involving a series of hand-mined tunnels between the two bores, has now commenced. These 3.66m (12ft) diameter tunnels will provide permanent access between the two tunnels. The construction involves the installation of a sophisticated propping system to support the segmental liners before excavating the passages.

The TYSSE project is targeted for completion by the end of 2015.