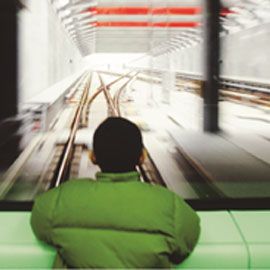 A consortium comprising Ramboll and transport consultancy, Vectura, has won a second commission on the West Link rail project in Gothenburg, Sweden. This latest contract, which has a value of around EUR 9 million (US$11.3 million), was awarded on 29th June and will see Ramboll play a central role in developing the new Haga underground station situated west of the city centre.

The news follows a previous announcement, on 4th June, that the Swedish Transport Administration had awarded the consortium a EUR 11 million (US$13.8 million) route-planning contract for the project, which comprises a train tunnel under central Gothenburg. Gothenburg Central Station will also be converted from a terminus into an underground transit station and two new underground transit stations will be built. 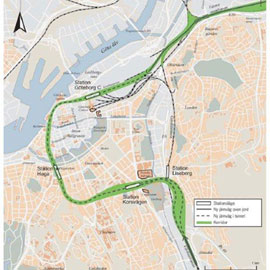 “To be selected on both the route planning and underground station elements of this important infrastructure project is a real honour and a great achievement,” said Börje Eriksson, Division Manager for Ramboll. “This complex initiative demands a truly holistic approach and we will be drawing on multidisciplinary expertise from across the company to deliver the very best solution for the customer.”

The project will be led by Ramboll in Sweden with certain elements being undertaken in collaboration with international colleagues.