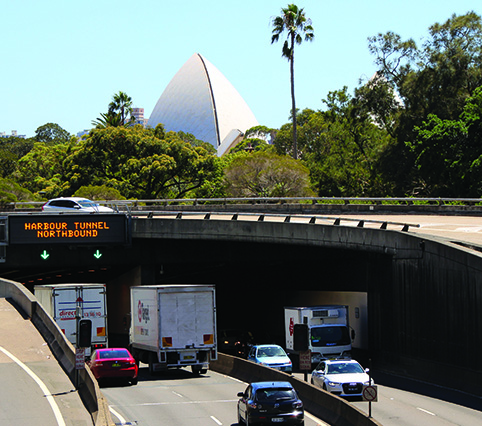 Sydney may get a new harbour tunnel under development plans by the State Infrastructure Strategy. The tunnel, running from Balmain to Lane Cove, is expected to support the 33km WestConnex motorway, making it easier for motorists to drive between Sydney’s western suburbs and denser inner areas.

“It’s a 10-year plus project away but it could well be an adjunct to WestConnex that will have an impact on how it might affect the interconnection here with the city,” he said.

Venues around Homebush Bay and Olympic Park have been calling for changes to the government’s WestConnex motorway, saying a lack of connections with the WestConnex will leave their businesses stranded. This new tunnel could be the answer they are looking for.

The WestConnex will link the M4 to the M5 via Sydney Airport, integrating a 13km tunnel as part of the new plans. Construction will start in 2015 and as each stage is completed parts of the motorway will be opened with the final stage due to open in 2023.