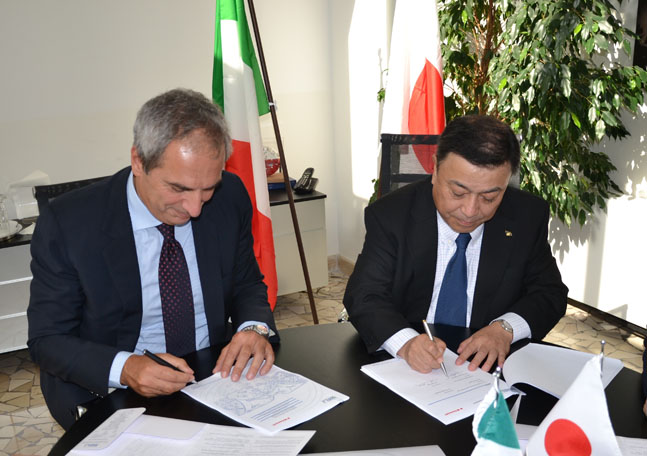 A year after the working agreement was signed between SELI and Kawasaki Heavy Industries Ltd (KHI), leaders of the two companies gathered this morning at the SELI headquarters in Rome to sign an order to start construction of five new EPBMs to be used during excavation of the Copenhagen and Bangalore Metro lines.

The TBMs will be assembled at SELI.

The five-year Kawasaki – SELI industrial agreement provides SELI experience with the construction and marketing of EPBMs to be used in conditions of up to a maximum 6 bar water pressure, with diameters ranging from 5.5-15.5m. Necessary auxiliary equipment will be manufactured in Rome, and exclusively licensed to KHI.  SELI will act in a double role as both TBM supplier and Contractor. The philosophy behind the industrial agreement is to create economy by using production sites in Japan and Italy.