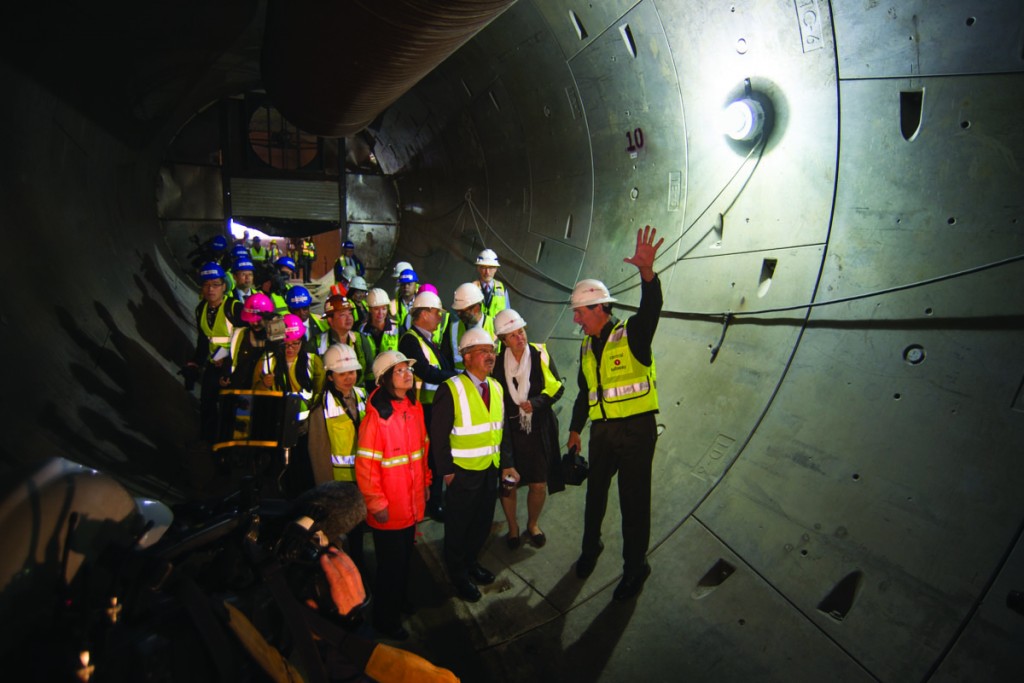 San Francisco Mayor Ed Lee took a brief walk into one of the San Francisco Municipal Transportation Agency’s (SFMTA’s) two Central Subway tunnels, which were officially completed in mid-May, on time and on budget.

On May 18, the mayor and other city officials strolled a couple of blocks beneath Fourth Street to the Yerba Buena/Moscone Station, where construction crews have yet to break into the subway itself.

Standing where northbound trains are scheduled to run starting in 2019, the mayor said the 1.7-mile subway – also known as the Third Street Light Rail Transit Project – would not only speed transit travel but relieve congestion. Traffic South of Market, especially near the Bay Bridge, is slowed by multiple construction projects, including the Central Subway. He also brought up the possibility of an extension to Fisherman’s Wharf.

“We are well on our way to opening this subway up in 2019 and having a concrete solution to congestion in this part of the city,” Lee said.

The total project cost is US$1.6 billion, US$241 million of which was set for the work done by Salini Impregilo, its US subsidiary S.A. Healy, and joint venture partner Barnard C.C.I.

“This work is the latest example of the engineering experience and ‘know how’ that makes Salini Impregilo a benchmark in the sector of complex public works, even in countries with a developed infrastructure network like the United States,” said Claudio Lautizi, General Manager International Operations for Salini Impregilo.