San Francisco’s $1.6 billion Central Subway to Chinatown has yet to go into operation, but the San Francisco Municipal Transportation Agency (SFMTA) is already moving forward with plans to extend it to North Beach and on into the Marina district – perhaps as far as the Presidio (Golden Gate Bridge).

On December 05, SFMTA held held the second of two outreach meetings to discuss plans for extending the subway north of Chinatown. About fifty people came together to discuss possible alignments, including transit planners and advocates, as well as residents and members of the local media.

Although the Chinatown Station will be the northern terminal of the Central Subway when it opens, the subway tunnels presently extend approximately one additional mile north to Columbus and Powell Streets in North Beach. These additional tunnels were constructed so that the TBMs used during construction could be removed from the ground in an area where off-street space was available, to minimize surface disruption. Though no passenger service will be operated in the tunnels north of Chinatown Station, the tunnels are designed to allow the line to be extended further to the north and/or west in the future. 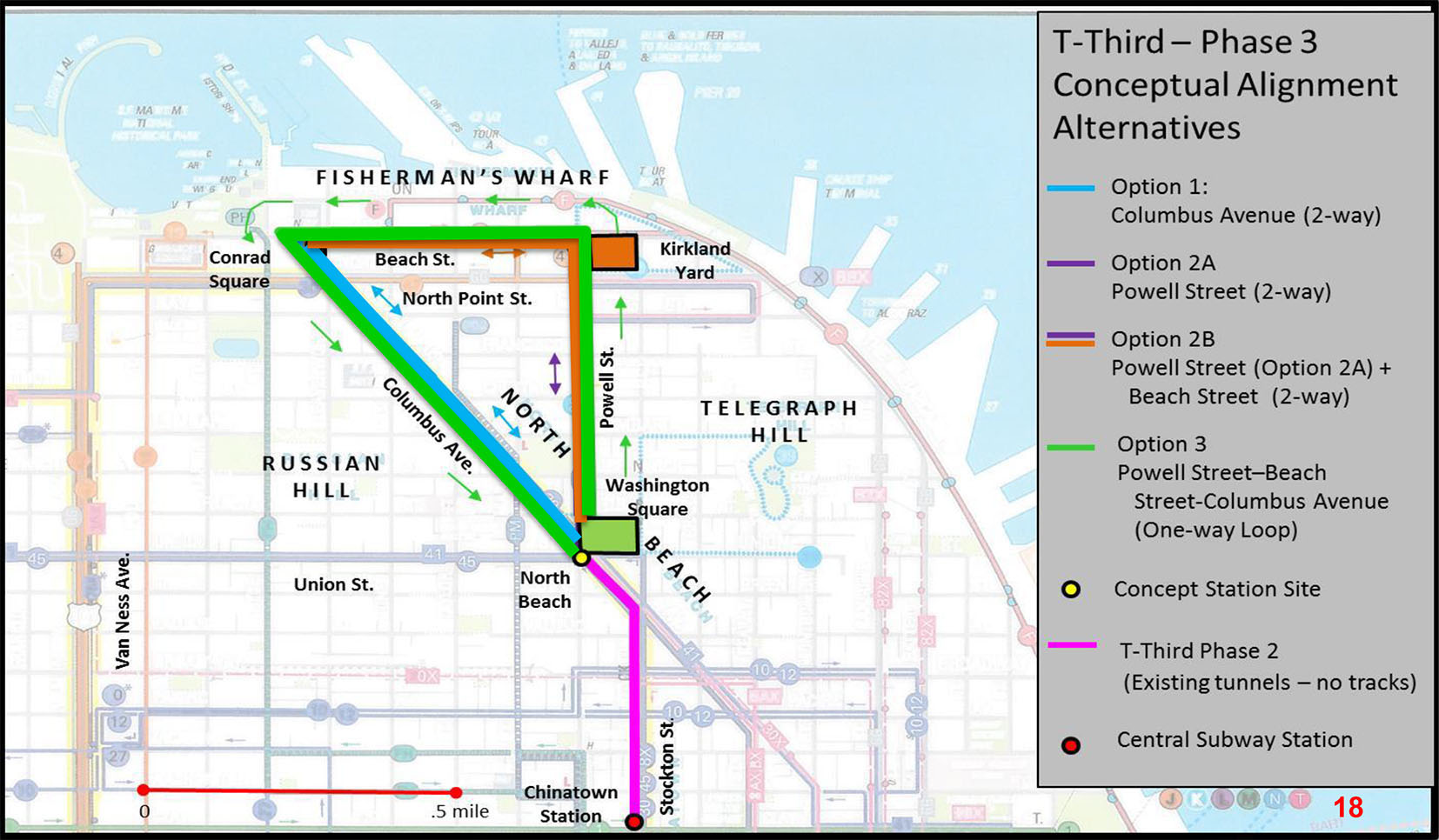 Given that a substantial investment has already been made in the form of subway tunnels extending as far north as Columbus and Powell, the SFMTA is studying the potential to add a station in the existing tunnels at North Beach, and possibly extend the subway further to the north and/or west. Possible destinations include Fisherman’s Wharf, the Marina District, and other neighborhoods in the northern portion of San Francisco.

A joint Concept Study between the San Francisco County Transportation Authority (SFCTA), the SFMTA, and the San Francisco Planning Department, with SFMTA as the lead agency, was concluded in January 2015. This Study identified the preliminary technical strengths and trade-offs of sample subway extension routes along Powell Street, Beach Street, and Columbus Avenue for consideration by stakeholders, governing bodies, and the public.

Building upon the 2015 Concept Study, the current Alternatives Study is the next phase of the planning process, which the SFMTA expects to complete in mid-2019. The Study will combine community input with concept-level engineering to identify viable project alternatives (potential routes and station locations). The preferred alternatives will undergo environmental review during a future phase of the project, contingent upon community support for the project and funding availability.