The cutterhead for the TBM that will bore London’s 1.4km long twin-lane Silvertown Tunnel has been lowered into the start shaft in preparation for boring to commence on the first tube later this summer.

The 11.91m diameter Herrenknecht TBM is the currently the largest diameter TBM in the UK and will be used by construction JV, Riverlinx CJV, to bore the twin road tunnels linking North Greenwich and Silvertown through the area’s clay and boulders under the River Thames. 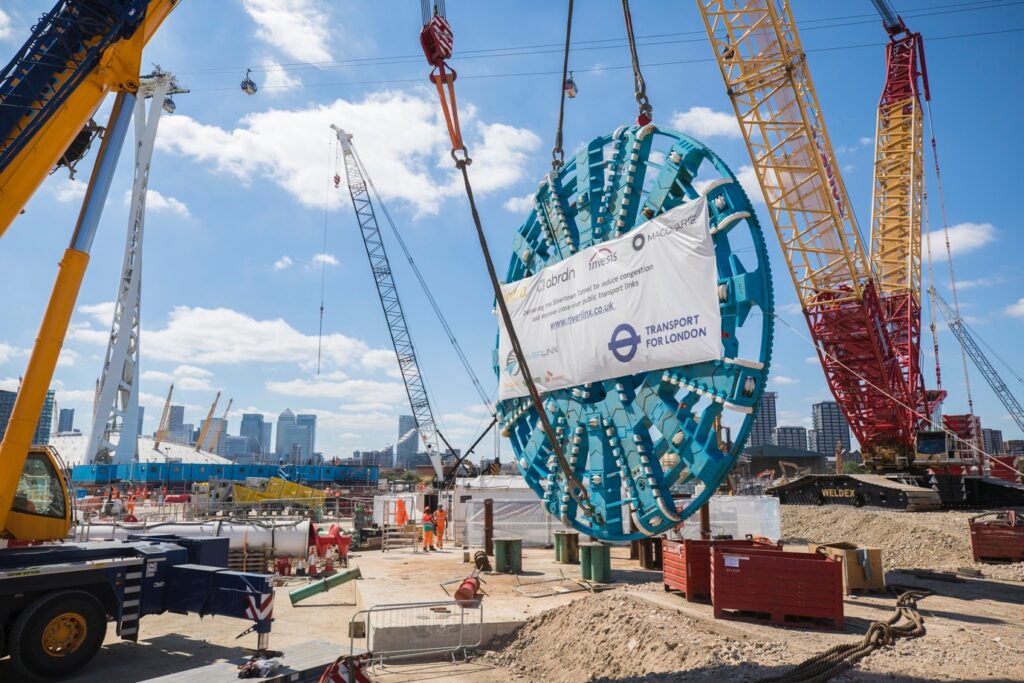 Lowering of the 1,800 tonne TBM into the launch chamber began in late June, when parts of the TBM shield were lowered into the launch chamber, as well as the 250-tonne main drive. Elsewhere on the site the conveyor which will carry the tunnelling spoil from the chamber to barges to then be transported along the river is approaching completion, and the first of the concrete tunnel rings to be installed as the TBM progresses across the river have also began arriving.

Riverlinx is committed to designing, building, financing and maintaining the Silvertown Tunnel. As well as relieving pressure on the frequently congested Blackwall Tunnel, once open in 2025 the new twin-bore tunnel will also increase the number of buses able to cross the river at this point. The tunnel will have a dedicated bus lane in each direction and will operate at least twenty zero-emission buses per hour from opening, radically improving cross-river connectivity, and allowing more people to have access to new jobs and opportunities.

Last month, Riverlinx announced that “Jill” has been chosen as the name for their TBM in recognition of Jill Viner the first female bus driver to drive a London bus in June 1974.