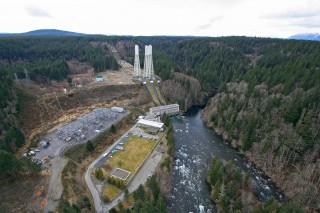 BC Hydro has announced that SNC-Lavalin has been selected as the preferred contractor to design and build the CA$1 billion dollar John Hart Generating Station Replacement Project, located within the City of Campbell River, Vancouver Island, Canada.

In February 2012, the British Columbia Utilities Commission approved the John Hart project as the most cost-effective alternative to address the significant seismic, reliability and fisheries issues associated with the 66-year-old generating facility. The project involves the construction of a replacement water intake at the John Hart Spillway Dam, replacement of the three 1.8km (5,900ft) long penstocks with a 2.1km (6,885ft) long tunnel, construction of a replacement generating station beside the existing station, and a new water bypass facility. The existing station will continue to operate during the construction phase, and then transfer operations during the commissioning period to the new facility.

BC Hydro and SNC-Lavalin – who was informed of its selection last week – will now begin final discussions toward a contract signing that will likely take place in early 2014. BC Hydro was pleased with the calibre and depth of experience that the competing teams brought to the table. Construction mobilisation is anticipated to get underway when the contract is signed.

The project, which is scheduled to be complete by the end of 2018, will create about 400 jobs a year over the five years of construction, and has strong community support (including agreements with First Nations).

For more information about the project visit: