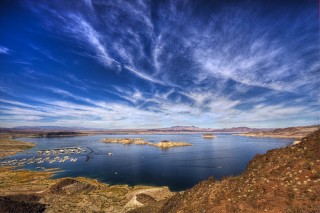 Following a four year legal fight, the Southern Nevada Water Authority  (SNWA) has won an insurance judgment that covers the cost of early problems on its $817 million third intake project at Lake Mead, in the US.

According to the Las Vegas Review Journal, Authority board members were briefed on the $35 million judgment on Thursday, March 20. An arbitration panel handed down the award on January 23 following more than two years of depositions, document exchanges and deliberations.

A series of floods in a chamber 600ft underground in 2010 set construction back more than a year and prompted the authority board to add $39.5 million to the project’s budget, the largest such change order in the agency’s history. The $35 million the project’s insurance carrier was ordered to pay is on top of $14.2 million already paid out on the authority’s claim. Jensen said that basically covers the cost of the 2011 change order, legal costs and interest payments the authority lost out on.

The third intake project involves the excavation of a three-mile long, 20ft diameter, tunnel to draw water from one of the deepest spots in Lake Mead. It is designed to keep water flowing to the Las Vegas Valley if/when the reservoir dries up enough to shut down one of the two existing intakes that deliver about 90% of the community’s water supply.

The project’s 23.5ft (7.2m) diameter Herrenknecht Mixshield TBM will ultimately enter its new intake structure via a reception chamber, about 27.5ft (8.4m) from the center of the intake structure. So far, the machine has excavated about 8,500ft of tunnel with another 6,500ft to go.

The third intake is one of the world’s most complex and risky tunnel projects, and it has already seen its share of problems. Some equipment was lost during the 2010 floods, which filled the tunnel with water and debris and forced general contractor Vegas Tunnel Constructors (VTC) to abandon the heading and start again in a new direction. That led to the change order in 2011 and a 593-day extension of the completion date.

Then on June 11, 2012, a worker was killed in an accident underground. Since then, unexpectedly difficult rock conditions have slowed progress of the boring machine and prompted two lengthy maintenance stops.

In November, the water authority board granted VTC a second time extension, this time 13 months, pushing the completion date to July 4, 2015. Barring any more major setbacks, Jensen said he expects the contractor to meet the new date or “maybe even beat it a little.”

While ground conditions are currently good on the project, the TBM is expected to soon reach another challenging section of fractured rock as it approaches and then crosses about 50ft  under the old Las Vegas Wash channel, now at the bottom of Lake Mead.

Click here for previous stories on Lake Mead Intake No 3.