Project manager and principal contractor of the month $6.4bn Blue line extension, the Société de transport de Montréal (STM) is launching a call for tenders for the construction of the line’s 5.5km long tunnel and the preparation of the sites for future stations and auxiliary structures.

This step follows the Request for Qualification of Suppliers issued earlier this year. It will be the largest contract to be awarded as part of this major project, which will transform the lives of Montréal’s east end residents.

The winning bidder will be announced in the second half of 2023 and will be responsible for:

In summer 2022, the STM received authorization from the Quebec government to move forward with the execution phase, making it possible to launch this call for tenders. Other calls for tenders will follow in the coming months to award the various contracts that will eventually deliver the full.

The commissioning of the Blue line extension is scheduled for the fall 2029. 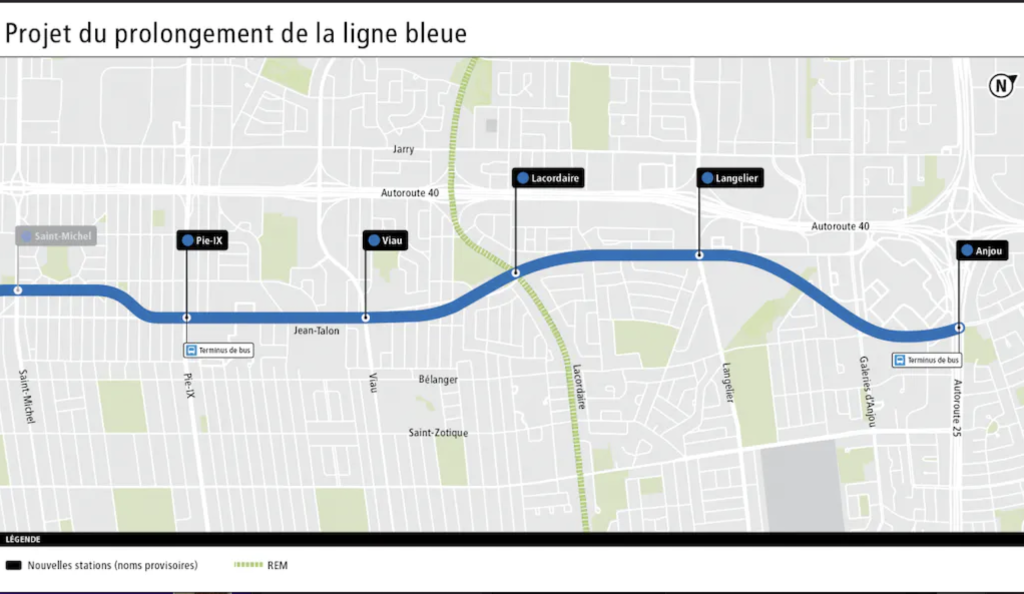