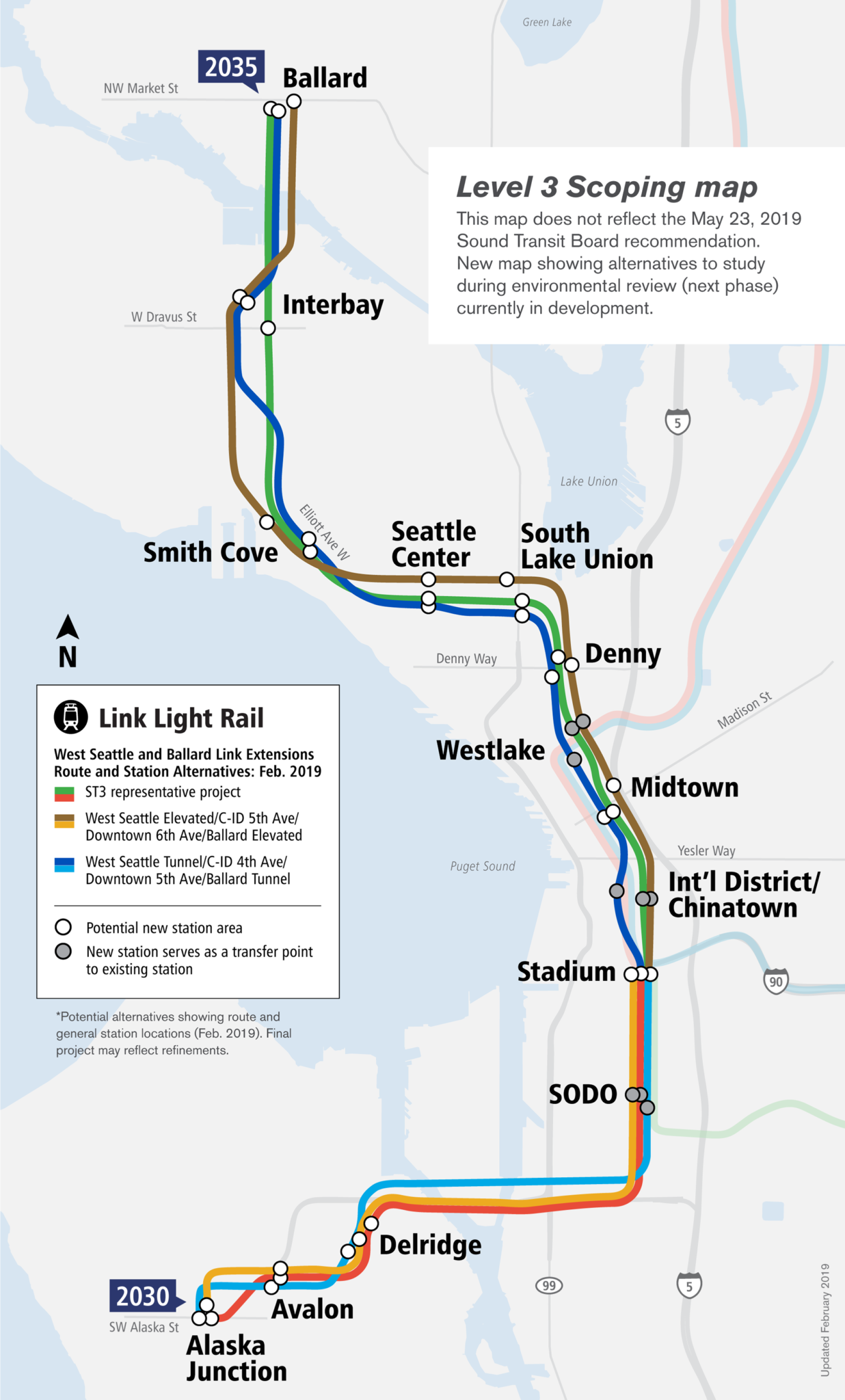 The proposed tunnel would run under Salmon Bay and would not be covered by the $54 billion regional ST3 funding package that voters approved in November 2016. The tunnel would therefore require third-party money in order to fund it.

Past estimates have the tunnel costing $350 million more than plans to lay tracks over a draw bridge. The bridge would be required to open two to four times a day for marine traffic. Also making it into consideration is a high fixed bridge across Salmon Bay, which would cost around $100 million more than a draw bridge, but $250 million less than the tunnel. Supporters of the tunnel claim that it would be less disruptive to neighborhoods, and more aesthetically pleasing, ultimately making it worth the added cost.

The total West Seattle to Downtown expansion plan adds 4.7-miles of light rail between West Seattle and downtown Seattle, with five stations between the stadium area and the Alaska Junction.

The 7.1-mile Ballard to Downtown extension adds 7.1-miles of light rail service from downtown Seattle to Ballard, including a new downtown Seattle rail-only tunnel and nine stations between the Chinatown-International District and Ballard.

Sound Transit will vote on its final decision in 2022.