Home > Getting a jump start on Jollyville

Getting a jump start on Jollyville 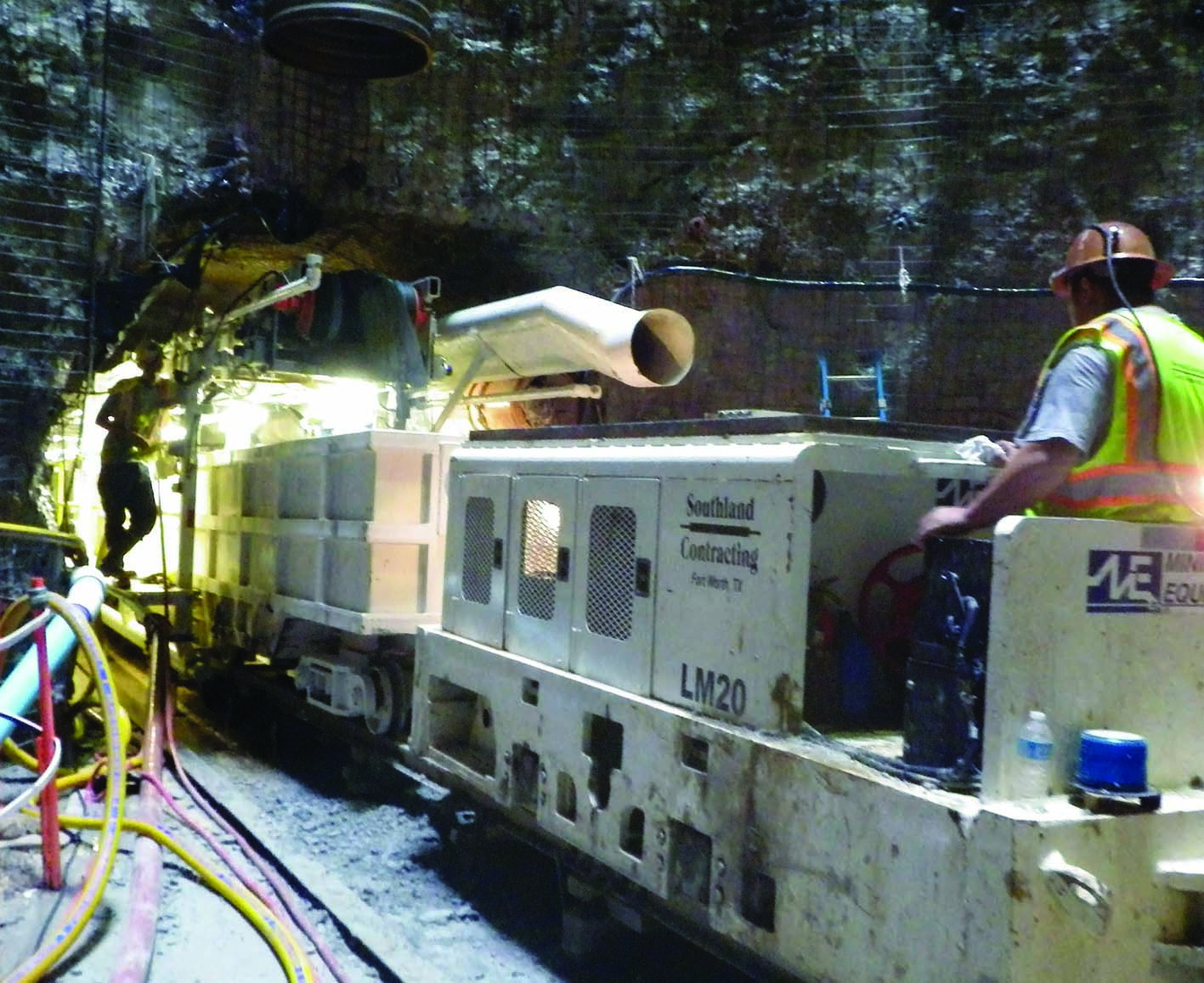 Having achieved 760m (2,500ft) in the first month of its Robbins Main Beam TBM drive, contractor Southland/Mole JV is making good progress on the Jollyville Transmission Main, below Austin, Texas, USA. The 10.5km (6.5-mile) long, 2.1m (84in) o.d. pipeline, which is set to dramatically increase capacity of the city’s main drinking water reservoir, is being driven by three TBMs at depths of up to 107m (350ft) below residential areas and the protected Balcones Canyonlands Preserve.

The tunnel is being driving by three TBMs, with one contractor-owned machine having already completed its 1.4km (0.9-mile) drive earlier this summer. A further two Robbins machines – a new 3.25m (10.7ft) Main Beam TBM and a refurbished 3m (9.8ft) Double Shield TBM – were launched late last month from deep shaft sites. “We needed the Robbins High Performance Main Beam TBM for the longest bore, which is on the critical path for the project,” said Tim Winn, Director of Southland Contracting.

Conditions along the alignment are expected to consist of uniform limestone and dolomite rock. Although karst features are present throughout the formation, the depth of the tunnel should circumvent these features. Other obstacles are associated with the protected wildlife area; endangered cave-dwelling invertebrates including six species of arachnids and insects are present in and around the karsts. Because of this, no probe grouting can be performed due to the risk of seepage into the water features. “We don’t expect any features that will need significant support. Rock bolts will be the predominant form of support, and there may be some areas requiring wire mesh. Anywhere there is a water feature, we will install a liner that will be grouted in place to seal those zones,” said Winn.

Within a week of its launch in late August, the Main Beam machine had advanced about 90m (300ft), and is keeping up a strong pace, having currently bored 760m (2,500ft). The rapid advance is a result of extensive planning, as logistics are often a limiting factor at small tunnel diameters: “We need to plan well in advance how ventilation and muck removal will work towards the end of tunneling. Ventilation is the biggest issue. We have multiple trains in the tunnel at once, so the requirements for ventilation are significant. Our second biggest problem is getting people and materials in and out, which takes quite a bit of time,” said Winn.

In the Main Beam tunnel, Southland has planned for two California switches and one shaft switch. An oversized vent duct and additional fans will help aerate the tunnel. Once complete in 2013, the pipeline will transfer up to 190 million liters (50 million gallons) of treated water per day from Lake Travis. The tunnel, for the Austin Water Utility, will connect up with the new Water Treatment Plant 4 – also currently under construction – and is part of a larger scheme to provide increased water capacity for a projected 60% increase in population over the next two decades.