HE starts search for Stonehenge contractors

Highways England is today launching its search to find potential contractors for the A303 Amesbury to Berwick Down scheme past Stonehenge. The project includes the ‘at-least’ 3.2km long tunnel underneath the Stonehenge World Heritage Site.

The company, responsible for the country’s major A roads and motorways, has published its contract notice in the Official Journal of the European Union, marking the start of an 18-month procurement process.

Highways England’s proposed upgrade of the A303 between Amesbury and Berwick Down includes: 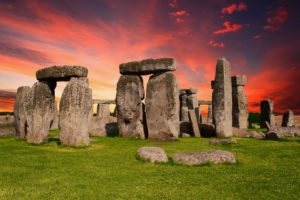 And today marks the start of the process to select a world class team of contractors and tunnel specialists to build the best solution for the A303 Stonehenge scheme should planning consent be granted.

Highways England Project Director Derek Parody said: “We expect this scheme to be of interest to some of the world’s best construction companies, who want to be part of delivering this transformational project – a scheme which will not only unlock congestion along this vital A303 route, conserve and enhance the Outstanding Universal Value of the World Heritage Site but also benefit the local and regional economy by providing skills and job opportunities for businesses large and small.

“This in no way pre-empts the outcome of the ongoing Development Consent Order Examination. While this continues to progress, we need to begin the procurement to put us in a position to be able to start construction on schedule in 2021, providing consent is given.

“The start of the procurement process demonstrates the Government’s continued commitment to this scheme and an expectation that progress on it continues as planned.”

The OJEU contract notice covers the £1.25bn main works contract for the construction of the tunnel’s civil, structural, mechanical, electrical and technology components, including the tunnel boring machine, along with the approach roadworks and structures and the environmental components of the scheme.

The procurement model is through competitive dialogue allowing a period of design development and dialogue during the tender phase when solutions are developed and tested for compliance with DCO requirements prior to awarding a contract.

The approach allows greater flexibility with the appointed team able to hit the ground running once the contract is awarded.

Contracts for enabling preliminary work will be procured separately, as part of the total £1.7bn capital cost of the scheme.

For potential contractors interested in more details of the procurement process for the A303 Amesbury to Berwick Down scheme (project reference PQQ_750), go to Highways England’s procurement portal Bravo at www.highways.bravosolution.co.uk