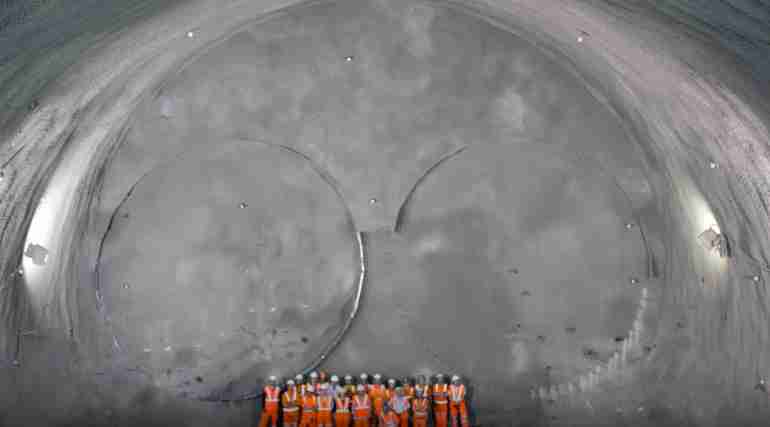 Crossrail’s eastern running tunnels team has marked another major milestone this week with the completion of the westbound cavern 40m below ground in Stepney Green, just 3 months after the completion of the eastbound cavern earlier this year. The Stepney Green caverns are some of the largest mined caverns ever constructed in Europe using Sprayed Concrete Lining. They are approximately 50m long, 17m wide and 15m high.

Two tunnel boring machines, Victoria and Elizabeth, will pass through the cavern later this year on their way to Farringdon via Canary Wharf, Whitechapel and Liverpool Street stations.