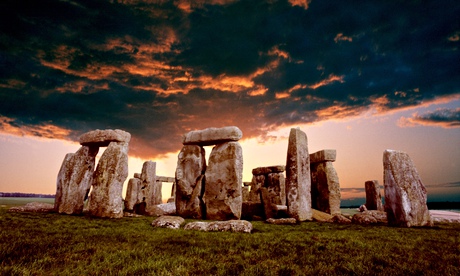 In the run up to the UK Chancellor of the Exchequer’s Autumn Statement, which is due on December 03, proposals for the construction of a tunnel under the Stonehenge World Heritage Site, in Wiltshire, England, have gained renewed endorsements.

John Cridland, Director General of the Confederation of British Industry (CBI), last week said: “If I could have one wish from George Osborne in this year’s autumn statement it is that he would agree to a tunnel under Stonehenge.”

The tunnel would ease congestion on the A303, the road that runs past the prehistoric monument. Business leaders say the two-mile tunnel needs to be built to end decades of congestion in one of the UK’s busiest roads. Cridland said “The most significant barrier is Stonehenge. You obviously can’t move it, so why not go under it?”

The tunnel go under Stonehenge is not a new idea. It was first proposed in 1995, as a tunnel for the A303 underneath the World Heritage Site. A conference agreed on a 4km (2.5-mile) bored tunnel, however the UK government instead proposed a cut and cover tunnel, with plans being published in 1999. These plans were criticised by the National Trust, and many others, who expressed concern that it would cause damage to archaeological remains along the route, destroy ancient sites and not achieve an improvement in the landscape.

In 2002, new plans for a 2.1km (1.3-mile) bored tunnel were announced by the Secretary of State for Transport as part of a 12.5km (7.7-mile) plan to upgrade the A303 to dual carriageway status, with the tunnel estimated to cost £183 million. This proposal brought further protests from the National Trust, English Heritage, UNESCO, CPRE, the Council for British Archaeology and local groups, as the tunnel approach would divide a prehistoric track between Stonehenge and a nearby river.

These groups were calling for a tunnel at least 2.9km long, which would, while being sited within the world heritage site, clear most of the known major artefacts, claiming that if the government goes ahead with the 2.1km tunnel there may never be another chance to remove the road from the site completely.

In October 2005, a Government steering group was set up to look at possible solutions, with the aim of choosing an “option in keeping with the special requirements of the location that is affordable, realistic and deliverable.” The review presented five options — the published tunnel scheme, a cut and cover tunnel, a ‘partial solution’ (involving a roundabout but maintaining the current road), and two overland bypass routes. The group expected to produce a report in 2006, taking into account the results of public consultation which started in 23 January 2006 and ran until 24 April 2006. However, on 6 December 2007, Roads Minister Tom Harris announced that the whole scheme had been cancelled due to increased costs of £540 million.

After years of intense lobbying from archeological and environmental groups, as well as local councils, the likelihood of one being approved today has increased considerably.

Conservative MP for Salisbury, John Glen, has been campaigning for the tunnel for years. Earlier this year he said “(there is an urgent) need for investment in the road network around Stonehenge in order to unlock the long-term benefits associated with reduced travel times for business people and tourists.” 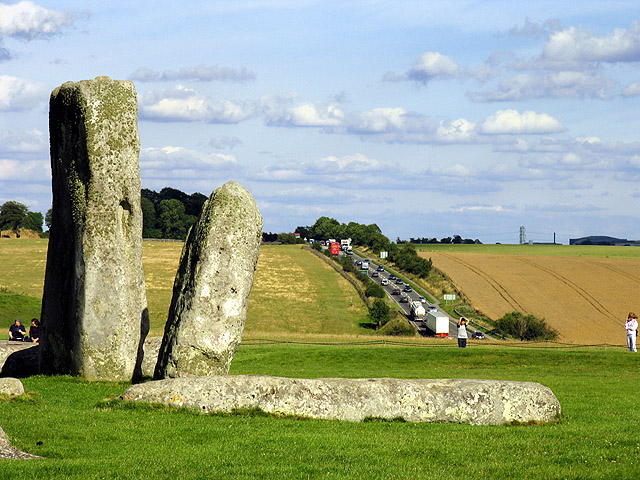 The main highway alongside Stonehenge is fraught with traffic problems at the best of times, despite a change in the road layout. The National Trust, which says the volume of traffic around Stonehenge is harmful to the area, also backs the idea of a tunnel. Ian Wilson, from the National Trust, said: “We believe building a tunnel under the landscape is the best way of improving the quality of this special place whilst at the same time significantly improving a major transport link for the South West. We would like to see the longest possible tunnel but we recognise that any plan needs to be both affordable and deliverable if we’re to finally solve this long-running challenge.”

In a letter to The Guardian newspaper this week, Rollo Maughfling, who is the Archdruid of Stonehenge and Britain, said: “Druid representatives, including myself, fully endorse the idea of the tunnel, providing it does not run closer than 660 yards to the site of the monument, in order to obviate vibration damage risk in the substrata. Removing that hopelessly congested strip of A303 from the ancient sacred landscape would in fact create a conservators’ dream – a 5,000-year-old giant stone temple in an almost pristine 5,000-year-old landscape.”

In September 2012, a survey conducted by Somerset County Council found that more than 90% of commuters and businesses in the South West back an upgrade of the A303.