Strabag picks up the pace on the Southeast Collector Trunk Sewer 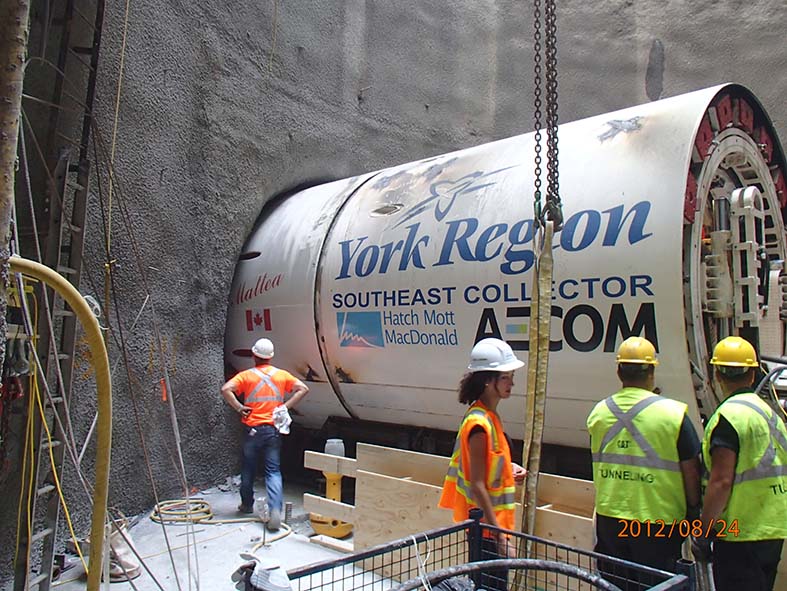 The project’s main contractor, Strabag, secured the CA$290 million contract to build the 15km (9.3-mile) long gravity trunk sewer tunnel project in August 2011. In addition to the tunneling works the project also requires the construction of 16 shafts, which vary from 4m to 14m in diameter, and one portal access. 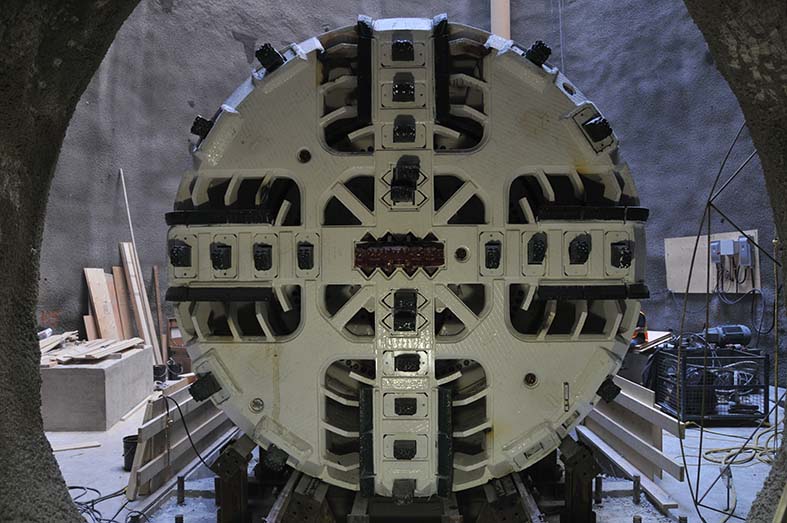 Two of these shafts and the portal access are the starting points for the TBM drives and have been constructed by various methods and include NATM starter tunnels lined with sprayed concrete and lattice girders. The first TBM ‘Sutha’ was delivered to the Shaft 1 portal and began mining in July. The second TBM ‘Joanna’ was delivered to Shaft 10, also in July, where 60% of the project’s tunnelling will be conducted from. The third machine ‘Mattea’ began mining this week from Shaft 3 and the fourth ‘Sophialy’ is currently sitting in her starter tunnel at Shaft 10 waiting to commence her drive.