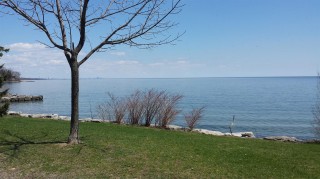 Strabag has won a contract to build the Mid-Halton Outfall Tunnel for CA$79 million (approx. €54 million). The project centres on the excavation of two 60m deep shafts and a 6.3km bored rock tunnel that is designed to carry treated effluent water from a water treatment plant in Oakville into Lake Ontario.

“We entered the [Canadian] market with our first, successful project in Canada – the planning and construction of the water diversion tunnel at Niagara Falls. In this project the world’s largest hard-rock tunnel boring machine was deployed,” recalls Thomas Birtel, CEO of Strabag. Since then, Strabag has been engaged in a number of other projects in Canada that have involved the construction of tunnels and shafts. The latest contract has solidifies the company’s presence in Ontario.

The Mid-Halton Outfall Tunnel will consist of two reaches: The onshore reach will span 4.1km, while another, 2.2km reach will be built offshore, ending in a diffuser array beneath Lake Ontario. A 3.6m diameter TBM will mainly exavate through layers of shale and limestone. Construction is set to begin in mid-July 2014 and is due to be completed within 39 months.