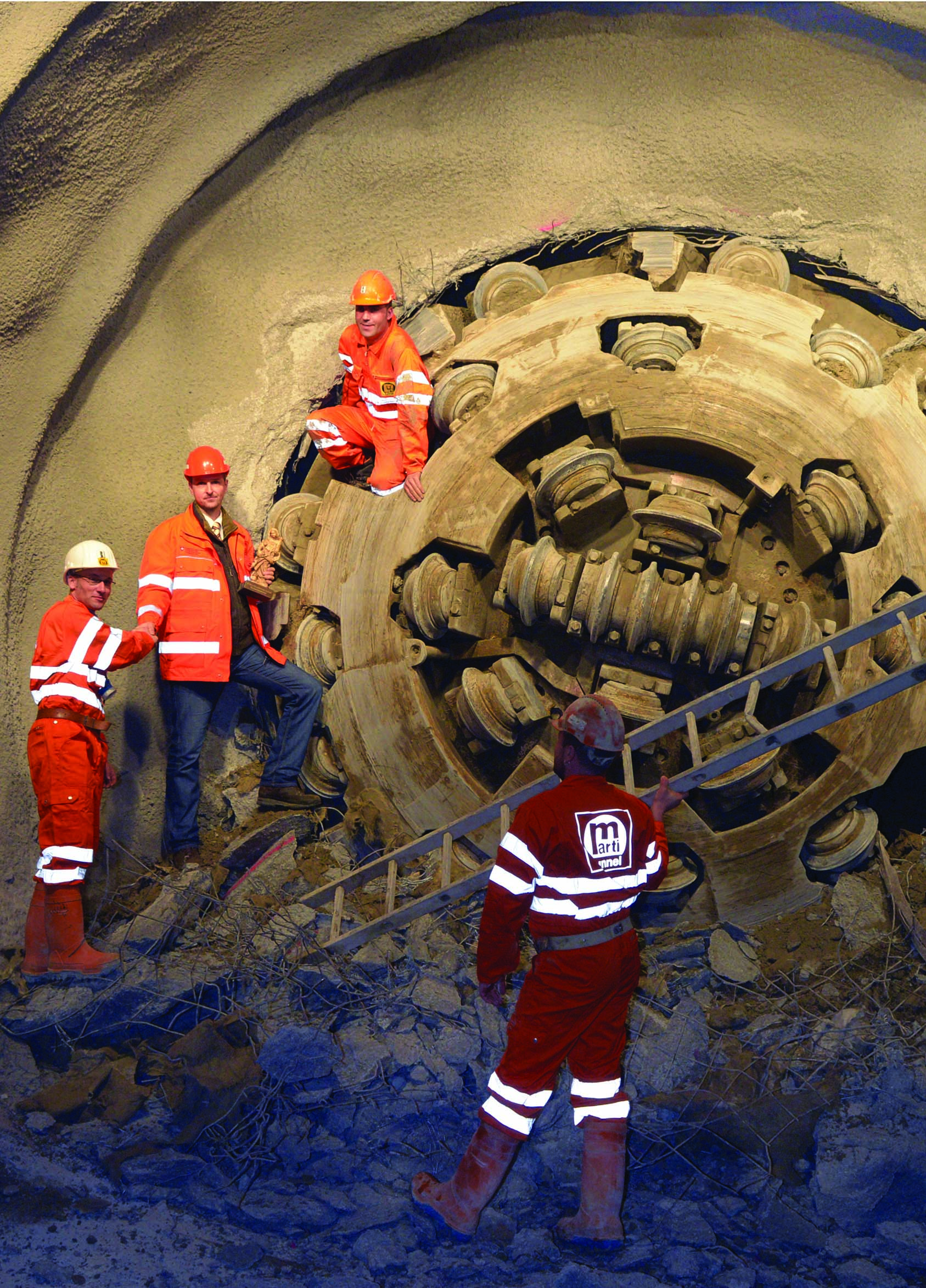 The machine had completed tunnelling in March but had been stopped to allow the completion of the conventionally excavated tunnel.

The TBM breakthrough marks the completion of the fourth tunnel for the 4.15 m diameter Robbins Main Beam machine, which underwent major refurbishment in 2002.  Robbins carried out the machine’s latest rebuild as well, which included a diameter change from 4.4 to 4.15m as well as new cutterhead structures including muck buckets and grill bars. Back-up refurbishment and design was done by the contractor. “We are proud the TBM refurbishment was managed in such a short time, and the TBM excavated without any technical interruptions,” said Thomas Güggi of Marti Tunnelbau Ltd.

The TBM successfully excavated through 400m of compact rock and 600m of fractured zones with over-break. “The performance went very well. It was hard work, but we had a special back-up to apply 360 degree shotcrete in these sections,” continued Güggi. The design allowed for a 20cm thick wet application using two shotcrete robots for the full length of the tunnel.

With the TBM bore complete, work ramped up in the difficult ground of the conventionally excavated tunnel. In order to excavate this section, crews created a reinforced crown of jet grout. Beneath the jet grout umbrella, crews mined meter by meter with a tunnel excavator, applying a lining of steel arches and shotcrete.