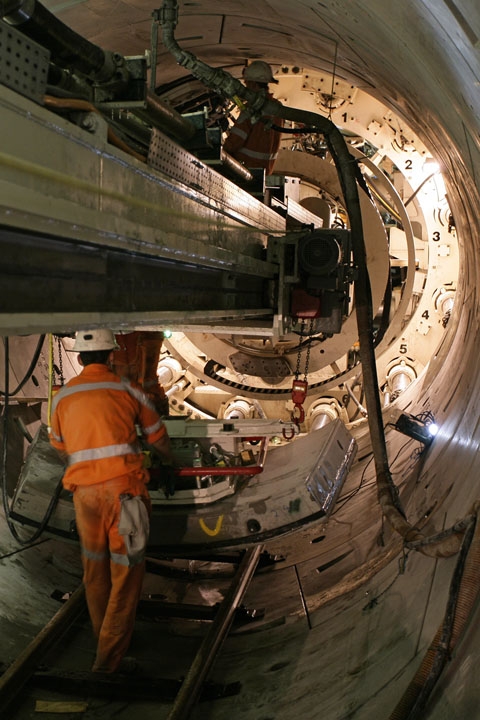 The Blue Water JV comprising Veolia Water and John Holland, with design JV AECOM and Sinclair Knight Merz, have been honoured at the 2011 Global Water Awards in Germany.  The Desalination Plant of the Year was awarded to the Sydney Desalination Plant located near Kurnell on the south side of Botany Bay in Australia.  The Global Water Awards recognise the most important achievements in the water industry in the past year.

AECOM provided detailed design services for the largest seawater reverse osmosis plant in Australia and the third largest in the world, which had a total construction cost of approximately AUS$1bn.

The contribution from AECOM’s UK-based engineers on the project focused on the two 2.5km long, 3.4m internal diameter pre-cast concrete lined and TBM driven inlet and outlet tunnels.  The team was responsible for the design and specification of the steel fibre reinforced and fully gasketted pre-cast concrete trapezoidal segmental tunnel lining.

Global Water Awards judges praised the project as “the most impressive technical achievement in the world’s water industry.”

“AECOM is proud to have had the opportunity to work on one of the biggest and most significant water infrastructure projects in Australia,” said Stephen Woodrow, Director – Head of Tunnelling, AECOM Europe.  “This project demonstrates AECOM’s worldwide capability for mobilizing resources”.

Opened in January 2010, the 250ML/day plant uses reverse osmosis to remove salts from seawater to produce drinking quality water.  It can supply up to 15 percent of Sydney’s daily water needs to 1.5 million people with power fully offset by renewable wind energy.

The plant was built for Sydney Water, whose Chairman of the Board of Directors, Tom Parry stated that the project was an amazing partnership between the public and private sector.

“There are very few organisations that can say they have delivered a project of such scale and complexity with an excellent safety record, on time and under budget,” he said.