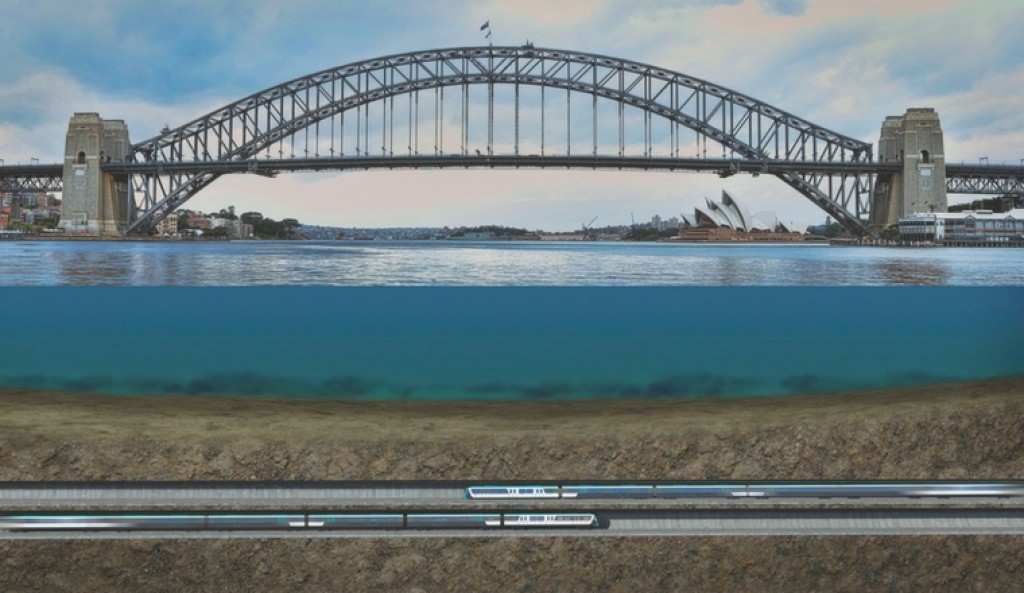 The second stage of the Sydney Metro tunnels project, which will run under Sydney Harbour and the CBD in 15.5km of twin tunnel, has been given the go-ahead by the New South Wales Government.

Construction will begin this year on the twin tunnels that will start at Chatswood and travel beneath Sydney Harbour, through the CBD to Sydenham and on to Bankstown.

• delivering 16.5km of new metro rail between Chatswood and Sydenham, including 15.5km of new twin railway tunnels under Sydney Harbour and the Sydney CBD

Construction sites will be established in the Sydney CBD this year. By the end of 2018, the first boring machine will be in the ground carving out the new tunnels.

Minister for Transport and Infrastructure Andrew Constance welcomed the news and said the scale of the project will rival any megaproject across the globe.

“This is an unprecedented boost to rail capacity for our great city,” Mr Constance said.

Planning Minister Rob Stokes said the go-ahead for the project ensured Sydney is being prepared for the future.

“This project has been approved subject to some of the highest sustainability provisions in the world,” Mr Stokes said.

The two shortlisted consortia tendering to build the twin metro tunnels are:

The successful tenderer for the Sydney Metro City & Southwest Tunnel and Station Excavation contract will be responsible for carrying out the tunnelling and station excavations, including tunnelling from Chatswood, under Sydney Harbour and across the CBD.

The NSW Government expects to award the contract to build the tunnels in the middle of this year.

Once completed, Sydney Metro will have the capacity of a new metro train every two minutes in each direction under the Sydney CBD and 31 metro stations from Rouse Hill to Bankstown.