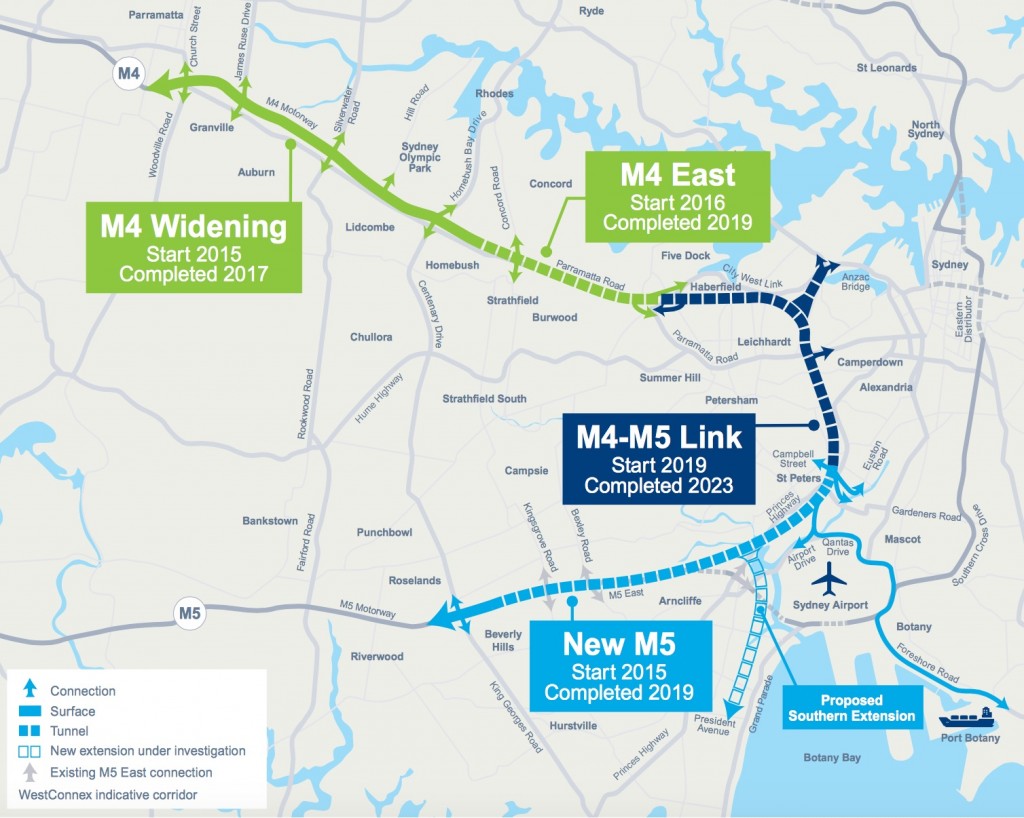 A John Holland/Leighton Contractors/Samsung C&T JV has been selected by the WestConnex Delivery Authority (WDA) to design and construct the WestConnex M4 East Motorway. The contract for the 7km long motorway is worth approximately $2.7bn and includes the construction of twin 5.5km long tunnels, 5.3m high.

“WestConnex is the largest integrated transport and urban revitalisation project in Australia, bringing together a number of important road projects to form a vital link in Sydney’s Orbital Network,” Mr Palin said.

“Our tunnelling expertise has been deployed on many major infrastructure projects worldwide and we’re pleased to be able to contribute to the economic growth of Sydney with a project that eases congestion, creates jobs and connects communities.

“It is a privilege to work once again with the NSW Government to deliver this crucial project,” he said.

Mobilisation for the M4 East Motorway is expected to commence onsite in 2016 in preparation for tunnelling activities to commence later in that year. The project is scheduled for completion in 2019.

The 33km WestConnex motorway will link Sydney’s west and south west with the city, airport and port. It is being constructed in three stages and progressively opened, with final completion scheduled for 2023.

The Australian and NSW Governments had also announced the preferred design for the M4 East tunnels to run under Parramatta Road.

Motorists driving from Western Sydney will have the option to enter a tunnel east of Homebush Bay Drive emerging near the Bunnings Warehouse on Parramatta Road or on Wattle Street at Haberfield.

“Traffic congestion is currently costing Sydney $5bn each year in time delays and lost productivity, meaning people are spending less time being productive at work or at home with their families,” says Jamie Briggs, Federal Assistant Minister for Infrastructure.

“If we do nothing, this cost will grow to $8bn each year by 2020 – a totally unacceptable situation for Australia’s largest city.

“Widening and extending the M4 and M5 and joining them together to form WestConnex will also generate 10,000 new jobs during construction, many of them from Western Sydney.

Where possible, WestConnex is being built underground or in reserved road corridors to minimise property acquisitions.