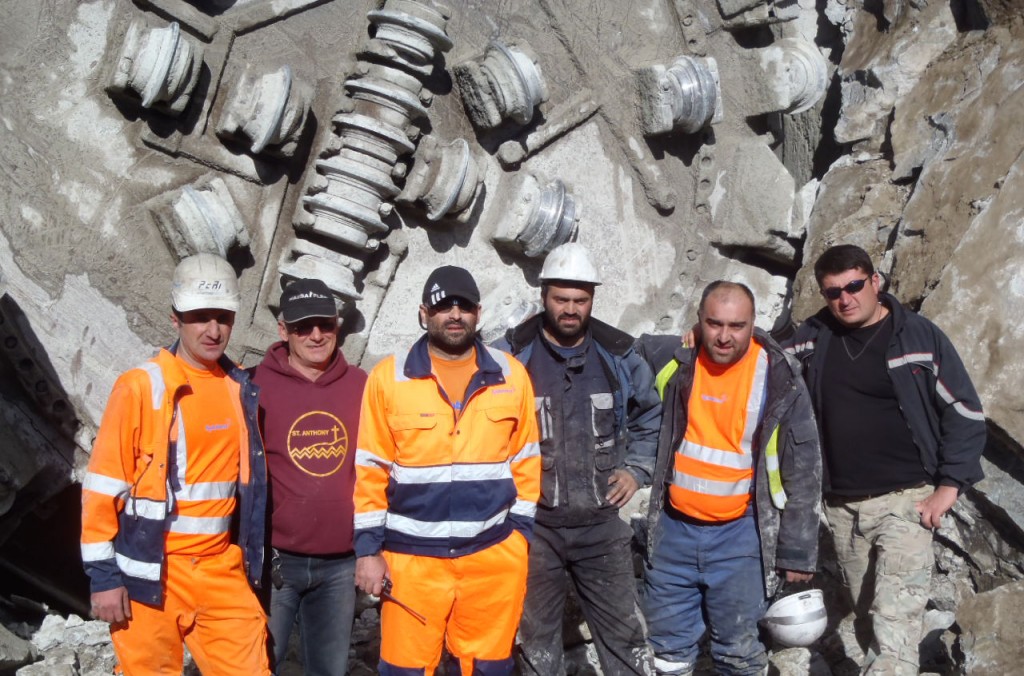 In April 2017, a ceremony was held to celebrate the commissioning of the Dariali Hydropower Project in the Republic of Georgia. The event marked the completion of the first carbon-neutral hydropower project in the world.

TBM manufacturer, Robbins invested in the project by gaining equity through supplying tunnelling equipment and services in consortium with contractor Peri. “Robbins understood the risk in the tunnelling portion of the project and we were compensated for taking on part of the risk. Peri is a long-time customer, as we supplied a TBM to them 15 years ago for a small project in Georgia. It was great to be invited to invest and risk share on this project, and to work together again,” said Robbins President Lok Home. The 5km long headrace tunnel for the power station was bored with the use of a 5.5m diameter Robbins Main Beam TBM starting in February 2012.

Due to the remote and mountainous location of the jobsite 160km from the capital Tbilisi, the machine was shipped in pieces to contractor Peri’s workshop, where they were refurbished under Robbins supervision and then delivered to the site to be assembled. Each piece was transported by truck down narrow, winding roads that eventually gave way to dirt paths. Assembly at the jobsite was difficult, as the project site at a 1,700m altitude was blanketed in snow and components arrived in December. Bone-chilling temperatures often reached negative 15 degrees Celsius (5ºF), and 40 below with the wind chill factor. Once the machine had launched, it encountered difficult ground including slate, sandstone, limestone and malms with fault zones.

“The main challenges we faced were boring the tunnel at a 6 percent incline and having restricted access to service the machine. There were also two major landslides that delayed the project for over a year,” said Home. After the first landslide, the access tunnel, which had allowed mud and water to enter the power station, had to be relocated at a higher elevation and facing away from the river valley. When the machine was nearing the end of its bore, a second landslide blocked the exit portal for the machine as well as access to the main highway. Despite these challenges, tunnelling crews persevered and the machine successfully holed through in October 2014.

Throughout the construction process, careful steps were taken to minimize the carbon footprint. Although the plant’s energy production is carbon emission free, construction of the plant was not. To offset these emissions, 7,000 seedlings are being planted all around the area in a reforestation effort.  In years to come, the trees will absorb enough carbon dioxide to compensate for the emissions produced during the construction of the hydropower plant.

Overall, said Home, there is much to celebrate as the project has immense benefits: “Not only does it provide affordable electrical power for the country with essentially no pollution effects, but it also provided jobs during construction and will continue providing jobs during its operation and maintenance.”

The power station, an independent power project (IPP) developed through Dariali Energy Ltd, was a joint venture involving three other firms: Georgian private companies Peri Ltd and Energy LLC, and state-owned Georgian Energy Development Fund (GEDF). The Dariali HPP gathers water from the Tergi River and directs it through the headrace tunnel to the power house located near the Russian—Georgian border. Each year, the site will generate 500 GWhs of carbon-neutral energy, with 70 percent of power production occurring during the country’s summer months.