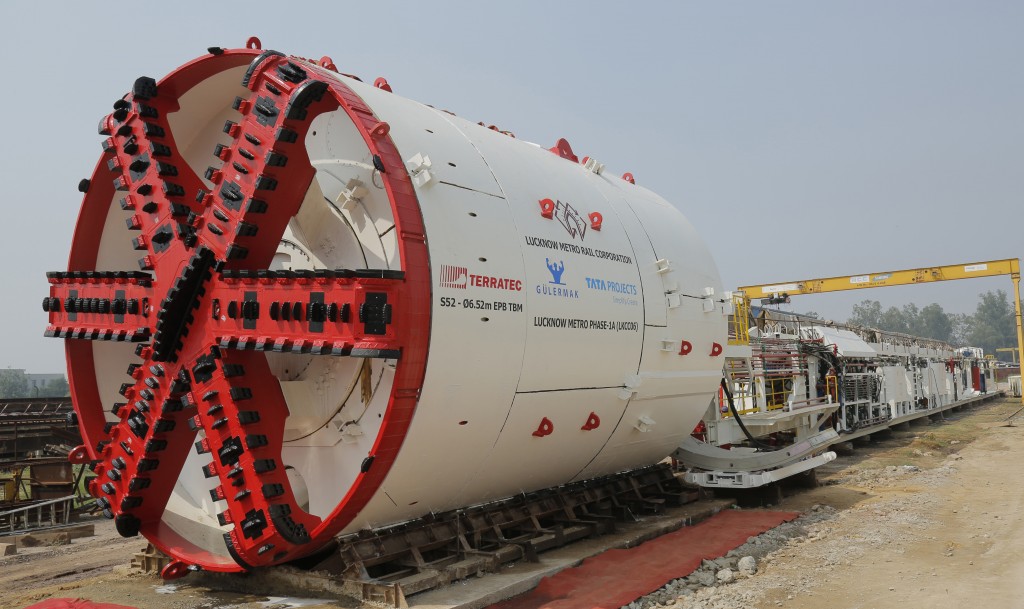 Two 6.52m diameter TERRATEC EPBMs are ready to be delivered to the Tata-Gulermak JV, for the North-South line (Phase 1 A) of the Lucknow Metro, in Uttar Pradesh, India.

Following successful Factory Acceptance Tests at TERRATEC’s facility in Delhi, the TBMs will be now be transported to Lucknow and reassembled for the twin 1,812m long tunnels on contract LKCC-06 of the project, which run from an underground ramp near Charbagh Metro Station to the end of an underground ramp near KD Singh Babu Stadium Metro station (see map below).

The 36-month contract, which was awarded to Tata-Gulermak JV in April 2016, also includes the construction of three new underground stations at Hussainganj, State Secretariat (Sachivalaya) and Hazratganj.

The first of the two TERRATEC machines is due to be delivered to the Sachivalaya station site in mid-November, with the second TBM expected to arrive on site in early December. The machines will initially be launched on twin 780m drives towards Hazratganj, where they will bore through local geology consisting of stiff to hard clayey silt and medium to dense silty sand, with an average overburden of 4m to 10m.

Following the initial drives to Hazratganj – where the machines will pass beneath historic buildings in the Capital Plaza of Hazrat Ganj – the machines will return to the shaft at Sachivalaya and be deployed on their next, 613m-long, drives towards Hussainganj. From there, they will continue on a further 419m – crossing underneath the Haide Nalah (canal) – to the cut and cover ramp near Charbagh station. 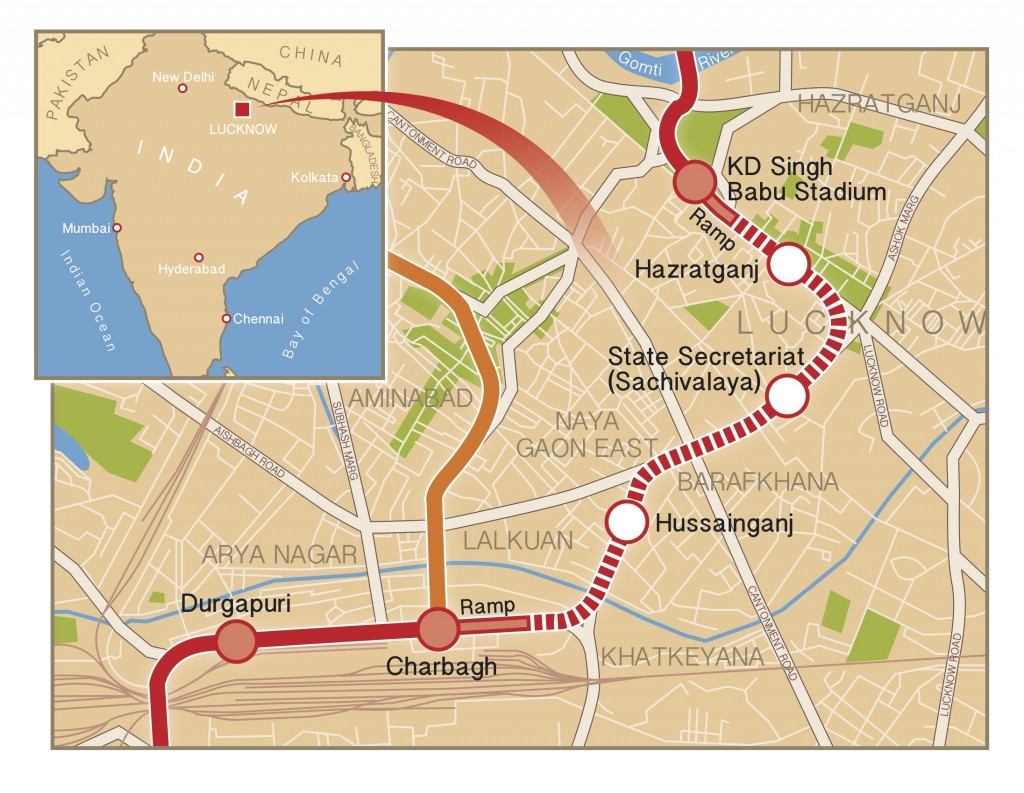 The EPB machines feature a classic soil configuration and are equipped with a spoke-style cutterhead with a 57 percent opening ratio. TERRATEC has designed the cutterheads with cutting tools that are interchangeable with 17’’ roller disc cutters, allowing the TBMs to bore through station D-walls and cope with the presence of any unexpected obstacles in the ground.

Lucknow is the capital of Uttar Pradesh, the most populated state in India. The city’s rapid growth combined with substantial traffic congestion has prompted the need for a modern public transportation system. Aiming to bring world-class infrastructure to the city, Phase 1 of the two-line Lucknow Metro system is being built at a cost of 6,928 crore (US$1 billion). Phase 2 of the system is due to commence in 2018.