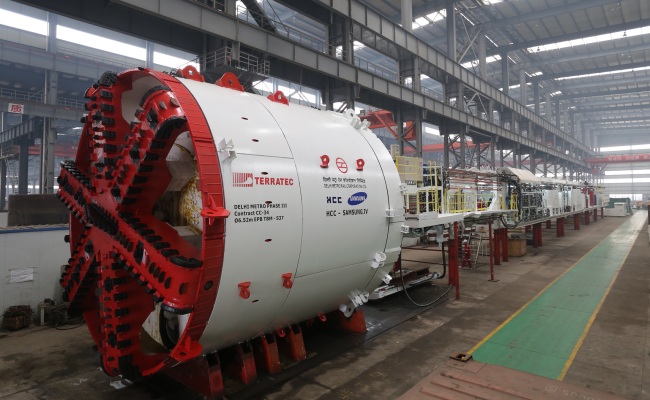 On 22nd of November 2013, Terratec delivered the last two of eight (8) TBMs for Delhi Metro Phase III. The TBMs were officially unveiled at a ceremony that included representatives from the client, a joint venture between Hindustan Construction Company Ltd. of India and Samsung Engineering & Construction Group of Korea.

The TBMs will be utilized by the Client for the execution of part of the tunnelling works of CC-34 Project, particularly for the tunnels between Dashrathpuri and Palam Stations and the ones between Janakpuri West St. and the beginning of the Cut & Cover Section from where the DMRC Phase-IV may start after completion of current one. The machines are now being transported to India and the JV is planning to launch them around February 2014.

The TBMs are to excavate in typical Delhi soil, mixing silt, sand and clay in different proportions without presence of rock. For this the JV selected a Ø6.52m EPB Tunnel Boring Machine with a classic soil configuration and equipped with a Spoke-Type CutterHead with a 57% opening ratio, which has been proven to be very efficient to excavate this type of soil in previous DMRC Phases. TERRATEC has designed the CutterHead to allow the cutting tools to be exchangeable for 17’’ roller disc cutters, making the TBM to be able to bore through the D-walls and cope with the presence of any unexpected obstacle on its way, such as old wells or foundations.

The segment lining will be made of RC segments with an outer diameter of 6,350mm, inner diameter of 5,800mm and width of 1,400mm. The total combined distance that each TBM will bore to is approximately 1,900 metres.

Once these two TBMs are launched at the site, there will be a total of eight TERRATEC Tunnel Boring Machines excavating in Delhi through all 2014 and part of 2015. 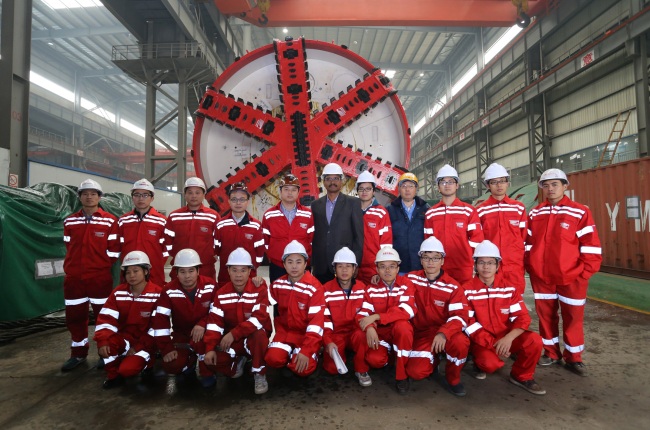