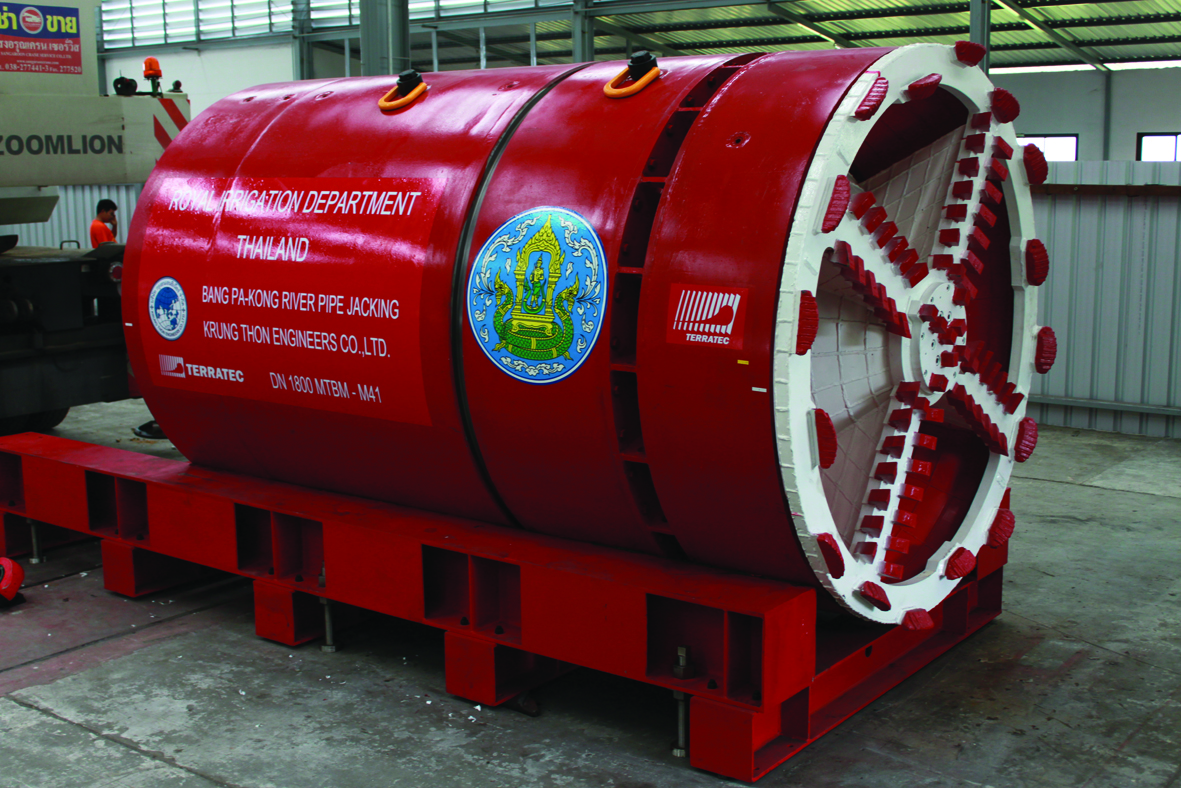 TERRATEC has annouced a new Micro Tunnelling System delivery to the Royal Irrigation Department of Thailand and the JV of Ch.Karnchang PCL and Krung Thon Engineers Co.,Ltd. (KTE) for use on a complex underpassing of the Bang Pakong River in Bangkok.The complete project will see the installation of 53kms of water transmission pipe lines to transfer raw water from the East side of the Chao Praya River to the Bang-Pra Reservoir. Included in this is the pipe jacking works crossing the Bang PaKong River which spans 380m in width. Water sent to the reservoir will be treated and distributed to support many industrial estates at the Eastern Sea Board area which constitues the largest industrial area in Thailand.

The pipe jacking works under the Bang PaKong River pose immense technical challenges. The river bedding has unpredictable and uneven depths whilst the soil composition is highly complex and includes soft clay, which has a low shear strength and high resistance and collapses easily.

The pipes utilized have an inner diameter of 1,800mm, outer diameter of 2,120mm and a length of 2,500mm. The tunnelling drives are planned to have a maximum distance between shafts of 380m, requiring up to 3 or 4 Nos. Intermediate Jacking Stations.

KTE plans to start the Pipe Jacking work in early March 2014. The drive is scheduled to complete before the Songkran festival in Thailand. TERRATEC is also providing KTE with a comprehensive package of site services which includes the dispatch of key engineers and MTBM operator to assist KTE during the initial execution of the tunnelling works.