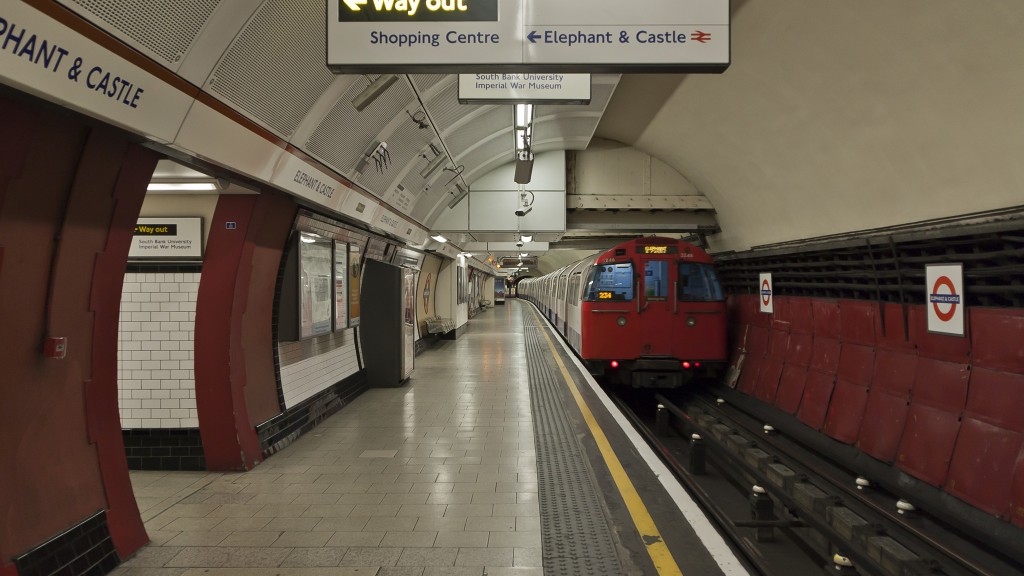 On September 30, the Mayor of London, Boris Johnson, and Transport for London (TfL) launched a public consultation to seek views on the extension of London Underground’s Bakerloo line, which could run from Elephant & Castle towards New Cross, Lewisham, Bromley and Hayes.

With the UK capital’s population expected to reach 10 million by 2030, the Mayor believes the extension is vital to help support anticipated growth in south London by providing improved transport infrastructure and enabling regeneration in a number of the Mayor’s key Opportunity Areas.

As well as providing quicker, more direct journeys into central London, extending the Bakerloo line would also release capacity on the national rail network, enabling more services to operate from other destinations and helping to reduce overcrowding on National Rail services into London Bridge. As outlined in the Mayor’s 2050 Infrastructure Plan, the extension would also play a key role in helping to deliver much-needed and wider improvements in south London, including new frequent and high-quality ‘metro’ style services that the Mayor wants to see operating in all parts of the capital.

The route options for the extension have been identified as they improve connections to areas less well served by public transport, while supporting economic growth and prosperity. The proposed extension would run through a tunnelled section from Elephant & Castle to Lewisham. 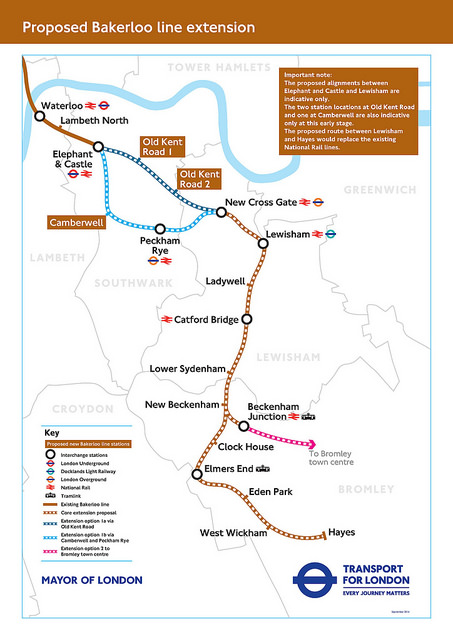 Two routes for this have been identified – one via the Old Kent Road to support major development plans for the area. The other route option being consulted on would go via Camberwell and Peckham. Beyond Lewisham, the line could then link onto the existing Network Rail line using the South Eastern rail line to Beckenham Junction and Hayes via Ladywell and Catford. Finally, there is also an option to extend the line further on to Bromley town centre.

The Mayor of London, Boris Johnson said: `An extension of the Bakerloo line is one of my top priorities and I have asked TfL to bring forward these plans at pace. It would provide a vital new transport link for the people of south London and help to spur jobs, new homes and regeneration in this part of the capital. It has huge potential to breathe a new lease of life into a swathe of London’s opportunity areas, as well as freeing up capacity on national rail lines. As London’s population continues to rise it is essential that we expand the transport network in this way if we are to meet Londoners’ needs and ensure our city’s continued competitiveness and success.’

TfL’s Managing Director of Planning, Michèle Dix, said: `This is an opportunity for local residents to help shape an extension of the Bakerloo line which will deliver much needed transport infrastructure to south east London. We’re looking at two possible routes for a tunnelled section, as well as a possible extension to Bromley town centre and want to hear people’s views on these proposals.’

It is estimated that once the relevant permissions are received, and necessary funding secured, that construction would commence by 2023 and be completed during 2030s.

Options for the tunnelled section through Southwark

Option 2: There is a possibility to extend the line east to Bromley town centre to support the economic growth in this area, and provide a new direct link to central London.

Further information on the Bakerloo line extension consultation can be found at www.tfl.gov.uk/bakerloo-extension